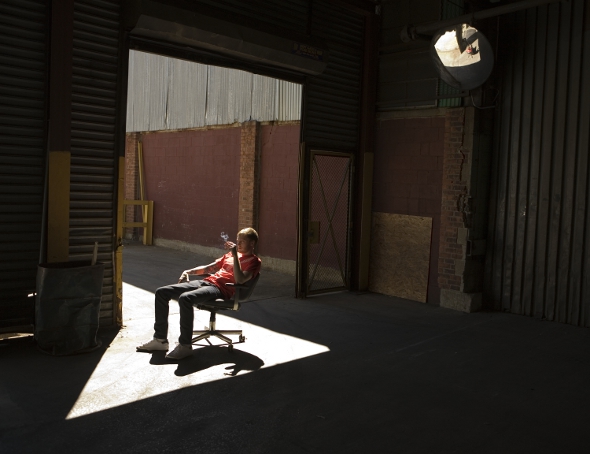 Four Tet, Gold Panda and Mike Q have been called on to remix the new single from FaltyDL, which will precede the release of the producer’s third album, due out next year via Ninja Tune.

The news demonstrates the blossoming working relationship between the long running UK electronic hub and the New York based producer, with FaltyDL having already released the stellar four track Atlantis EP on Ninja Tune last year, followed by the more recent Hardcourage 12″. Ninja Tune have also revealed that the forthcoming album will also be titled Hardcourage, though no further details on that are available at present.

New single “Straight + Arrow” was first heard in the midst of a Bonobo Boiler Room set earlier this year and demonstrates Lustman’s gift for manipulating vocal samples. The origin of a remix from the uber busy Four Tet first surfaced during a discussion between FaltyDL and Tim Sweeney when the producer recently appeared on the Beats In Space show, and was subsequently debuted on Benji B’s Radio One show and is now streaming below. The original version and Four Tet remix will feature on a 12″ picture disc release, while the remix from Berlin dwelling producer Gold Panda features on an accompanying 7″ release. A further remix from Fade To Mind’s Mike Q and his production cohort Divoli S’vere will appear on the 12″ release.

Ninja Tune will release the Picture Disc 12″ edition of Straight & Narrow by FaltyDL on November 5 with all other formats arriving the following week.

Update: this article previously stated the Mike Q remix would be digital only – this was incorrect and the piece has been amended. The correct tracklistings can be found below.