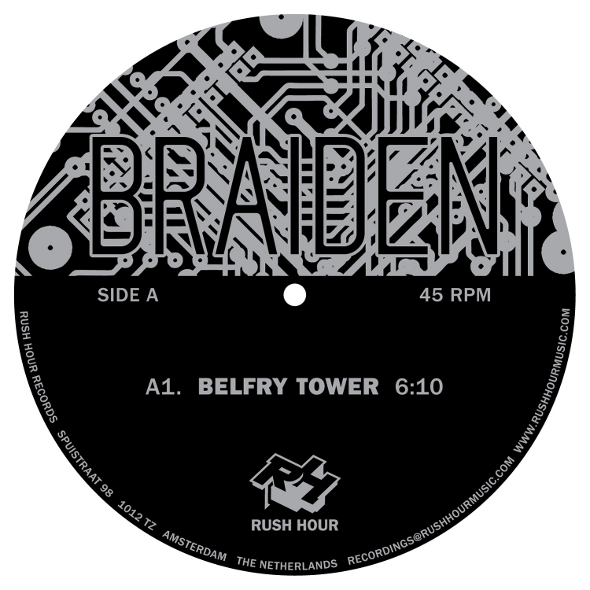 Coming to prominence via slots on radio stations Sub FM and Rinse FM, Braiden is perhaps more well regarded for his tempo shifting DJing talents or a successful sideline in photography – he’s responsible for that iconic Bok Bok contemplating a cactus shot – though the few production credits in his armoury thus far are undeniably impressive.

The former RBMA attendee was responsible for the final release on Joy Orbison’s now defunct Doldrums imprint with “The Alps”, a spine-tingling production that came with a killer Kassem Mosse remix. Braiden has also dropped remixes for SBTRKT and Jacques Greene – with the fact respected hubs like Young Turks and Luckyme came knocking further proof of his standing.

Braiden is no longer present on the Rinse FM schedule, but can now be found hosting a Thursday afternoon techno heavy slot on Dalston community radio station NTS Live, and during the most recent show, where he was joined by the glum faced Mosca, he elected to showcase the title track from the forthcoming Rush Hour release. “Belfry Tower” has been floating around the playlists of respected DJs like Benji B and his Deviation cohort Moxie for a while and is quite rightly described by Rush Hour as a “tough, dark and upfront house track, yet seeping with enough 21st century soul to make it stick”.

Check the NTS show here to get an idea of what to expect ahead of the release of Belfry Tower, which is set to drop in mid November.