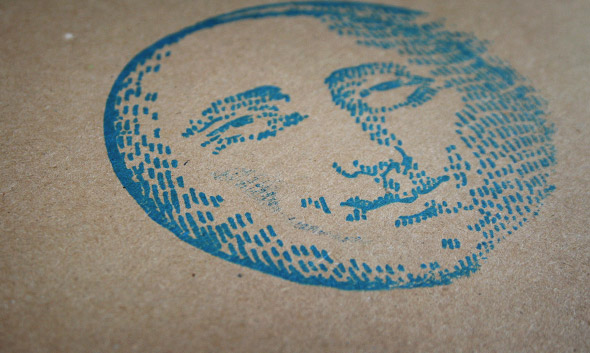 A newly redesigned Juno Plus website is naturally the highlight of our week, and we hope it’s a lot more user friendly and welcome on the eyes on your side of the fence too. While the IT minions were in fine tune mode, behind the scenes we sat back at basked in some excellent records.

Much like our redesign has been a long time coming, so has the second Parkway offering from disco digger supreme Mark Seven, which arrived after numerous delays sporting some excellent artwork and achieving the near impossible of sounding more authentic than last year’s anthemic debut Working Girl. Much like that release, Midnight Special features three diverse versions from Seven, with perhaps the MRK Dynamite Dub our favourite, expertly lodged between early ’80s NYC proto-garage and Nu Groove era deep house.

Keeping proceedings disco, Chicago edit veteran Rahaan brought the Triple Sauce for the ever supreme Dopeness Galore imprint, and the uber hyped and equally mysterious New York Edits 12″ arrived sporting some esoteric fare – if you are craving dubby, druggy proggy Balearic oddness or vibraphone-heavy early-80s dub disco strangeness then this record is for you. Mock & Toof’s new single is not particularly disco – there’s no genre for outsider electronic pop – but it is excellent and notable for two well-chosen remixes from perennial Juno Plus favourites Lauer and Juju & Jordash, with the latter stripping “My Head” of all its prettiness for some techno voodoo nastiness.

With that remix in mind, it seems pertinent to veer deeper into techno and Juan Silent Servant Mendez swiftly followed the release of Negative Fascination with three dancefloor interpretations of tracks from that excellent album, though ironically the LP version of “Strange Attractor” is more brutal and upfront. Meanwhile his buddy Karl O’Connor continued to entertain his current penchant for digging through his sizeable archives of rare and unreleased material with Reclaimed 1-4 which features four dubplate cuts from the recording sessions for O’Connor’s Penetration album under the Regis moniker, released in 2001. Expect some granite hard kicks that may reduce the life expectancy of your record needles.

Equally worthy of your techno attention was the return to Tresor of shadowy Detroit collective Scan 7 with some all new material in the shape of The Resistance EP, with the title track a gorgeous piece of retro, string-laden techno amidst the murky waves of formidably dark, hard-as-nails Motor City sounds that pervade the rest of the release. Meanwhile, Preston’s finest Cottam delivered the appropriately titled Forgotten Files, the end result of find some of his early woozy darkroom techno productions gathering figurative dust on a hard drive – do check the smacked-out trip into some dark, German basement that is the untitled B Side. Oh and two overdue represses of Mika Vainio classics on the Sahko imprint surfaced from Hardwax HQ with the Aste double LP vying for our affections with the Kolmio EP.

We’ve somehow got this far without mentioning the new La Vida 12″ from Andrés! Second Time Around has the same insouciant, dusty charm that characterised his standout label debut drop New For U, with the title track instantly entering the canon of house classics that change the shape of a party as soon as the needle hits the groove. The fledgling Mr Saturday Night label also delivered their second release following a standout debut, and with NYC trio Archie Pelago at the helm you are guaranteed something a bit different. Arriving in a cardboard sleeve graced with the distinctive Mr Saturday Night logo modelled above, The Archie Pelago EP moves between warm, dancing-friendly stomp and dislocated ambience, all rendered through a canny sampling and, most importantly, the playing of organic instrumentation. Other do check deep house issuesin another crazy stacked week include Dead Rose Music Company on LPH, a cheeky Citizen red label on Five Easy Pieces, Recloose on Delusions Of Grandeur and JT $tinkworx Stewart on the always excellent Echovolt label.

Over at Juno Download, NNA Tapes teamed up two American electronic sound artists to release two-part album Music For Reliquary House; Oneohtrix Point Never contributed five tracks of obscure samples and shades of sound woven together to evoke images of a ’70s b-movie thriller, while Rene Hell provided five pieces of broken fax machines, cellos, pianos and violins. Meanwhile DMZ stalwart Coki launched his new label Don’t Get It Twisted in fine style; “Bob’s Pillow” is a wonderfully bizarre affair, taking a haunted dancehall approach to the classic Coki sound and flying in some interesting spoken word samples over the top about a chap and his smoking habits. Having stayed devoutly underground, the shadowy Downliners Sekt joined Agoria’s InFine label with “Trim/Trab”, which zoomed in on miniscule sounds and samples to create a humming and breathing electronica.

Now we all know the forthcoming Flying Lotus album, Until The Quiet Comes, has something of an all-star cast, featuring contributions from Erykah Badu, Lauren Hill and Thom Yorke, but this week’s single-track taster features no extra frills – just the L.A beatmaker doing what he does best. Combining woozy, chopped-up electronic melodies with a glitchy beat that seems partly inspired by the Chicago Juke movement, “Putty Boy Strut” is an off-beat floorfiller. FlyLo’s Brainfeeder imprint released Breakthrough, the new album from The Gaslamp Killer, which morphs into a wondrous haze of 60s and 70s psych anchored to heavyweight funk, a searing Molotov cocktail of psychedelic tendencies and exotic samples, from Indian strings to West coast guitars via groovy organs and hard-breaking drums.

Elsewhere, Alejandro Paz shows his quirky side on the diverse Free EP for Comeme, while [NakedLunch] granted TRG’s Generation a long overdue digital release, and Gerry Read returned to 4th Wave with “Evidence”, which features a dubby, driving drum pattern and hissing percussion at its centre. But it’s what Read does around the edges that really counts, and the dreamy disco filter and soulful vocal sets Evidence apart from the slew of drum-heavy releases.

On the CD front, pick of the week came from Oliver Ho’s noirish pop outfit The Eyes In The Heat. Programme, their debut full-length, continued where the excellent Amateur EP left off, delivering an atmospheric blend of early Factory-ish sassisness, post-punk charm and industrial griminess, with the odd charcoal-black synth-pop moment thrown in.