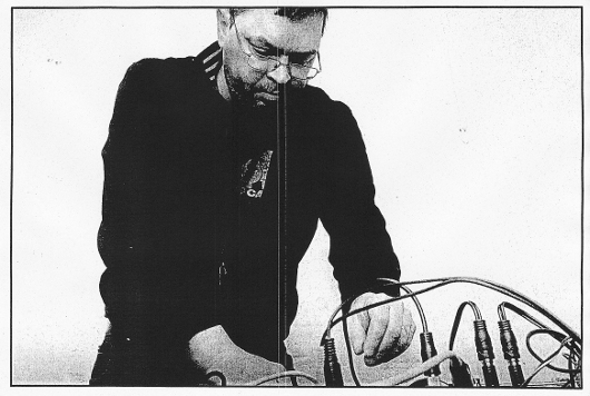 The news signals another notch in what’s been a supremely productive year for the Bristol based producer, who was most recently seen on Editions Mego under his real name Nick Edwards with the must check Plekzationz LP. He has also released numerous cassette albums via the Further, Mordant Music and Plant Migration imprints and a worthy EP on the Public Information label, and has another LP slated for Mordant later this year.

Those familiar with the inaugural volume of Intrusive Incidentalz should expect a similar stylistic approach across the 14 tracks that make up Vol 2, with the label claiming “dark, oppressive atmospheres and violently unstable interludes, inspired by childhood memories of terrifying electronic soundtrack music from the 1970s” run throughout. The album is also the first signifigant release from Punch Drunk since the label put out Bass Clef’s imperious Reeling Skullways album earlier in the year, with Peverelist seemingly engaged in establishing the Livity Sound label founded with fellow Bristol heads Kowton and Asusu.

Punch Drunk will release Intrusive Incidentalz Vol 2 by Ekoplekz on double vinyl and digital formats on October 6. (via Resident Advisor)