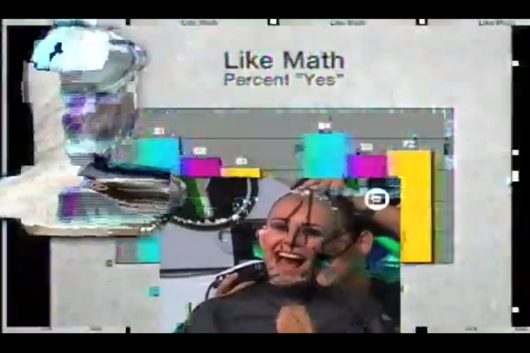 Bask in the collage of recycled television footage that makes up the video for “My Head”, the track that heralds the return of outsider electronic pop duo Mock & Toof.

The Ghostape featuring single drops next week ahead of Mock & Toof’s second album Temporary Pleasures, and comes with remixes from Arto Mwambe’s Lauer and Juju & Jordash – with the latter particularly worthy of your attention. Playfully edited together and heavily saturated in tone, it’s no surprise that Luke Wyatt – aka recent L.I.E.S. artist Torn Hawk – was responsible for the video’s creation.