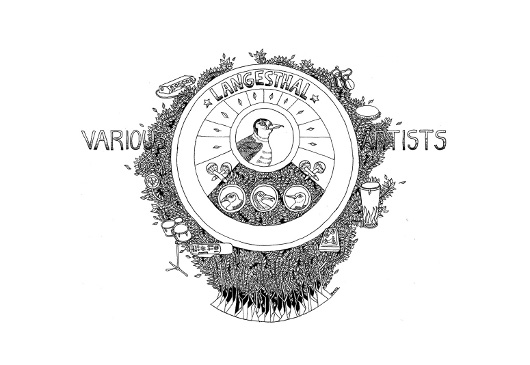 Belgian imprint Meakusma, responsible for releases from Madteo, Terrence Dixon, Peter Van Hoesen and Massimiliano Pagliara, have announced details of their next release.

Although the label has been running since 2008, when it was formed by a Brussels collective who had been organising events in the city since 1998, they first appeared on our radar earlier this year with the release of ReCast, an EP featuring three early productions from Madteo given diverse remixes from Marcellus Pittmann, Kassem Mosse, and Anthony ‘Shake’ Shakir.

An intriguing 12″ concept compilation entitled Langesthal – due for release to coincide with a label party featuring Kassem Mosse in Eupen, Belgium later this month – is the basis of the next Meakusma release with four of the artists featuring at the party contributing two tracks each.

Tase are a duo with connections to Atelier Records and the Sex Tags empire, and contribute two sludgy, downtempo tracks, whilst fellow Sex Tags contributors Dresvn – otherwise known as Morphine artist Dynamo Dresden and SVN contribute two industrial tracks that supposedly “reference the darker end of the nineties Electro sound”. Cupp Cave – perhaps the most recognisable name thanks to releases on Ramp and Vlek – contributes two psychedelic beat tracks under his Ssaliva alias, and Belgian band Bepotel round things out with two tracks of live ambient jazz.

Although no firm release date has been set, we expect it to arrive sometime this month and you can preview the release below.