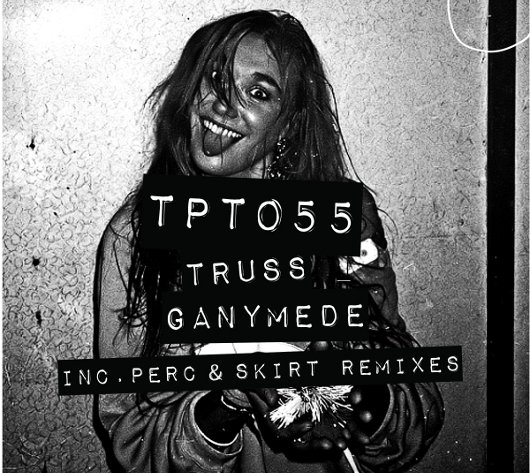 The London based producer has developed a close association with Perc Trax over recent years, releasing the solo EP Osbasten in 2010 and the Endo 12″, a collaboration with Donor, the following year. He’s also contributed to a number of remixes, edits and dubs for the label both in solo mode and alongside Donor and Sigha.

His return to the label sees him contribute the blistering swung techno cut “Ganymede”, which is underlined by menacing hints of acid and sinister synth stabs. The track is remixed by Midlands based artist Skirt – who we recently revealed is working in collaboration with Surgeon for a release on Semantica – and Perc, with the former turning in a sparse, brooding reinterpretation while the latter fuses some concrete shattering drums to the original. Rounding off the EP is another original cut in “Hackney”, while the digital version also comes with a Perc dub of “Ganymede”.

Perc Trax will release the vinyl version of Ganymede by Truss on September 14. The digital version will be released on September 28.