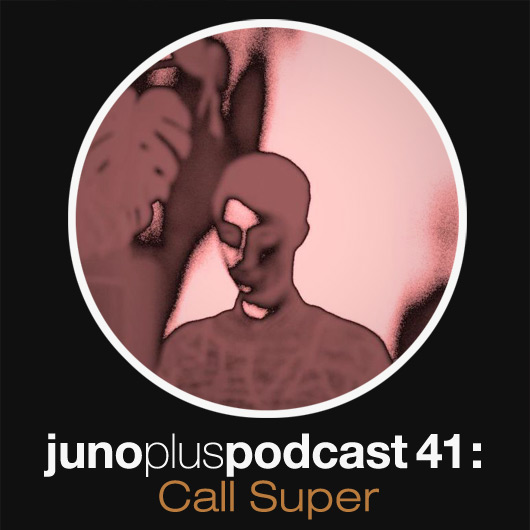 We hand over controls for the 41st Juno Plus podcast to Call Super who has delivered a 70 minute mix of fractured techno and bleep laden machine funk.

Call Super is the production alias of Berlin dwelling JR Seaton, a name that should resonate with anyone who regularly frequents these pages. Last seen operating in a semi editorial capacity quizzing Dissident legend Milo Smee for one of our irregular artist tete-a-tetes, Seaton’s musical prowess under the Call Super name began with the excellent Staircase EP released last summer on the Five Easy Pieces label.

Originally a collaborative endeavour with Nightmoves and Moscow producer Matt Waites which was notable for it’s off kilter tone and a highly prized Objekt remix, Call Super is now a solo Seaton endeavour which has been offering mere sonic hints since that debut EP, with the odd high profile remix here complemented by the odd appearance on a Relish EP there and of course a rather splendid cover version of the Roy Davis Jnr classic “Gabrielle”. Prior to this Seaton has a rich discography of releasing music under his own name, both for Robi Insinna’s aforementioned label as well as his own under rated Nocturnes imprint which was responsible for putting out one of Brassica’s infrequent slices of analogue brilliance in New Jam City.

We’re happy to hear that there is more Call Super material forthcoming with an EP due on Throne of Blood later this year replete with remixes from Madteo and John Heckle.  Both those artists feature on this mix along with some new Call Super material, as well as unreleased Objekt and Bintus tracks inbetween everything from new Pepe Bradock to EQD and vintage Analord.  JR was kind enough to answer some questions we threw at him whilst in the midst of a holiday in Lisbon – check those below and enjoy an excellent mix

Hello JR, You’ve just returned from a stint in the Croatian sun at the Stop Making Sense festival, could you tell us how that went without filling us with jealous envy?

Err… really, really sorry but it was lovely out there. Everything seemed kinda sparkly with the sun and the sea, and the Bridging The Gap boat party was especially good. Acid Eiffel just after sunset was a highlight.

We wanted to discuss your musical heritage, as it seems like you came out of nowhere with the releases under your own name on your own Nocturnes label and Relish – where did it all begin?

Played instruments – classical guitar, jazz grades piano – from very young age. Before I was 11 or so I didn’t really have any exposure to music beyond what I read and New Orleans jazz (my dad played clarinet and that was his music). Heard “Can U Feel It” on Channel 4 at about 14. Totally lost myself in electronic music after that epiphany and latched onto Laurent Garnier, Matty Bushwacka! (pre-Layo) and a few other oft-name checked techno DJs at about 15. I used to spend a lot of time at The End and I guess the way I mix is very influenced by their early career style of blends, cuts, and in Bushwacka’s case, scratching.

From the interview you did with Milo Smee for us (thanks for that btw) it seems like the two of you go way back?

When I lived in London I had friends who were friends with him, but that is by-the-by. I didn’t get to know Captain Haddock until a small naval convention in Hamburg we were both enlisted to attend. We came back together in an ice-cream van.

What precipitated the move to Berlin?

Six months after finishing Uni in London I just thought it time. I had been going fairly regularly since 2006, and I reckoned it would be easy and sensible at that stage to get on with life here rather than the city I had been born in, which I had begun to find a bit tiresome. I love London much more now I don’t live there.

Is it as fun loving and laidback as people would have us believe?

Yeah, I guess it can be if you want that. I dunno… I’m in Lisbon at the moment and it certainly seems as fun loving and laidback as home, and actually the amount of enpty space here – one of the things that made Berlin what it is now – is unreal. I can’t get over it. I guess the key difference is Berlin is cheapish, and Lisbon is still not so inexpensive. That makes things easier in Berlin but it also leads some people down the garden path. What is wonderful is there are people in Berlin doing things that are really special, and couldn’t be done in many other cities because of regulation, cost, mafia shit or just general uptight attitudes. By fun loving I guess you mean hard party stuff at which I’m a little low key. I just go to see the sets I wanna see, have a few drinks and head home, it’s nice to be able to do that at whenever’o’clock but y’know – privileges are there not to be used…

If you were charged with taking the Juno Plus editorial on a night out in Berlin where would we go?

We’d start with a meal at Omoni or perhaps a burger at Burger Heaven and then go to the Sameheads for beers and general vibes. If you wanted more then onto Raum or Berghain, or if it’s summer go to the garden at About Blank. On the way to somewhere nice after that (a lake maybe) perhaps stick our heads in at The Zone and see if Emil Doesn’t Drive is still behind the wheel.

There’s obviously a lot of publicity regarding GEMA’s proposed changes in copyright fees and the effect it will have on Berlin clubs – can you foresee any compromise?

I went on the march in June and was saddened to see that politically the whole protest had either been hijacked or, worse, allied with the Pirate Party and Die Linke (the left Left). I think if the protest movement is to succeed it has to wise up politically and actively lobby (the Mayor) Wowereit on economic grounds. Yes, I do think there will be a compromise, but that is no reason to relax. I’m not making any judgement on Die Linke by the way, it’s just that sadly to get things done quickly politically (and time is not on our side here) one still has to make arguments that are rooted in maximum economic growth. 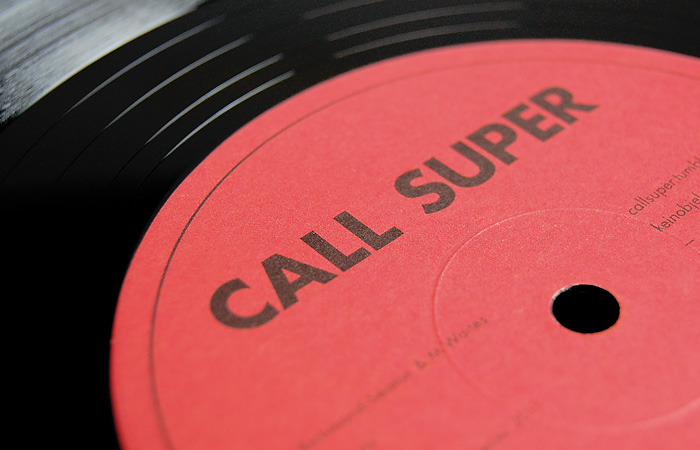 Let’s discuss Call Super; did the release on Five Easy Pieces come from knowing (label boss) Claudio when you lived in London?

How did the Objekt remix happen?

I look after his chickens when he is out of town and he takes care of my platypus when I’m too hungover to deal with it. Which is quite often. I think he wants one of his own but knows it would effectively place a death sentence on them hens.

Was there any specific shift in how you approach the project after it became clear Matt (Waites) couldn’t continue doing it?

No not really, I can’t remember how we actually came to start it, but I put a lot of effort into that first release and wasn’t really up for just moving on and starting something else after Matt drew back… so I just thought if I make something I want to put out/pass out it will probably be as Call Super henceforth.

Your next release is on Throne of Blood, what can we expect from it?

Were Madteo and John Heckle always in your mind when thinking of artists to approach for the remixes?

Throne of Blood do remixes, so if I was going to do a release with them it was important for me to go with that in a way that interested me. Most of what I gave John and Matteo to work with was tiny loops and samples rather than long stems as I had written song type pieces and wanted something very different to accompany them on the release.

Thanks for the kicking mix, where was it recorded?

I don’t have a setup at home so I’m at the mercy of hassling the Sameheads to get things like this done. I go to their basement and just bang it out on their system. If I fuck up badly I do the whole thing again: it’s a good incentive not to fuck up.

It’s got a nice mixture of new and old material, would you say its’ indicative of a JR Seaton/Call Super set?

Very much so. I don’t really distinguish music by when it came out unless it sounds very much of its time.

It has some unreleased Call Super too; does that mean you have more goodness on the way?