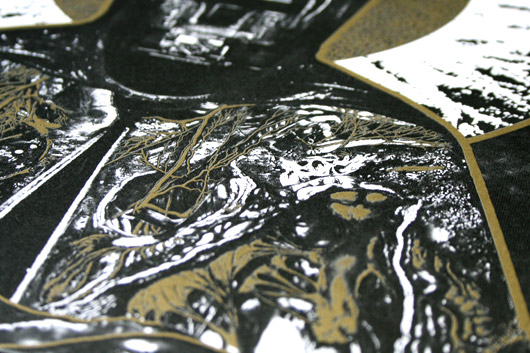 Joy Orbison mania was the running theme of this week’s events, with one of his most eagerly awaited tracks and a further collaborative 12″ with Boddika and Pearson Sound coming into our hands, and promptly leaving them again.

Although Orbison may be a divisive figure, it’s undeniably impressive that two records with his name on – both Ellipsis on Hinge Finger and the third Sunklo 12″ – sold out in under three hours. Reports on Twitter suggested the same thing happening in record stores across the continent, as eager fans of techno, bass and house alike all clamoured to secure their copies. Despite appearing on YouTube at the beginning of 2011, “Ellipsis” has lost none of its power, and the Head High remix from the man better known as Shed will satiate those wanting something a bit harder, taking its cues from the Source Direct sample and mangling the track into a monstrous hybrid of techno and jungle. Sunklofree meanwhile saw more of the impressive sound design we’ve come to expect from Orbison and Boddika, delivering two churning techno steppers, and a collaboration with Pearson Sound that sounded like an iron-clad version of the Hessle producer’s “Untitled” track. If you missed out, our advice is to hold tight – Boddika has already promised that the shelves will be restocked.

Most beautiful sleeve art of the week goes to Old Apparatus’s Derren, pictured above. Having previously befuddled dubstep purists with releases on Mala’s Deep Medi Musik, Old Apparatus are now striking out on their own with their freshly minted and aptly titled Sullen Tone imprint. There’s rarely much joviality to be found in the murky underbelly of electronic composition Old Apparatus inhabit, and the 4 track Derren EP is their strongest artistic statement yet. “Dealow” has a tribal-industrial rattle that captures the finest dread-fuelled DMZ workouts, falling around the 140bpm mark without making it too obvious. But what makes this EP so engrossing is the deft crossover between organic and electronic – it’s nigh on impossible to tell where the found sound ends and the synthesised tone begins.

While Old Apparatus provided the most lovingly rendered sleeve of the week, the most jaw dropping effort came from Juju & Jordash’s JEWSEX, with the even more amusing tagline “Conceived by Juju & Jordash on a balmy night 9 months ago”. Such is the production versatility of Gal and Jordan you never quite know what to expect from the Amsterdam based duo, and this long awaited return to Golf Channel finds them channelling the spirit of countless deliciously filthy Italo denizens of days gone by. It’s hard not to get swept up in the relentless waves of raw and libidinous sounds that pummel through the speaker cones on the title track. Flip over and switch down to 33rpm and the “Clubsex” version goes tougher, harder, and stronger as the rippling arpeggio bassline gets lost amidst the steamy jacking drums.

Our dismay at the sight of yet another hand-stamped white label was allayed when it came to our attention that the team behind Hands Up was none other than Berlin’s machine purists The Analogue Cops and Cadenza’s Alex Picone, who, by the sound of it, has been fully converted to their analogue manifesto. “Alien” starts things off with a luscious tape-hissed kick drum placed above a fuzzy, off-beat melody which is then rapidly followed by a rising sequence of euphoric strings, and before you know it, you’re thrown head-first into a killer power house bomb reminiscent of those mythical Maurizio moments in the 90’s.

Meanwhile John Roberts returned with his first original material since the superlative debut album Glass Eights. The four tracks that make up Paper Frames are described by Roberts as “a journey into sound design, sample research and contemporary club music” and see him experiment further with preconceptions of what club music should sound like – something that was evident on recent remixes of Blondes and George Fitzgerald. Opener “Untitled II” retains all the mastery of delicate instrumentation shown on Glass Eights, though it’s combined with jagged rhythmic edits and acts as a neat prelude to where Roberts goes on the subsequent title track. Perhaps best described as Roberts chopping up the sounds of a bull rampaging through a Denmark St shop, it’s an excellent track and the highlight of a welcome return on Dial. Of course this was the mere tip of the iceberg as far as vinyl went, with techno offerings from A Made Up Sound, James T Cotton and the shadowy NX1, outside the box bass from Djrum and Ikonika and house offerings from Trevor Deep Jr and Storm Queen rounding out the highlights of the week.

Over at Juno Download, Jacques Greene headed up the week’s highlights, with his Ready EP for Martyn’s 3024 entering the digital domain and the latest release from his own Vase imprint arriving in the form of Koreless’ eagerly awaited “Lost In Tokyo”, complete with club-ready remix from Greene himself. In the world of techno Bas Mooy released his The Room At The End EP for industrialist flag bearers Perc Trax, with broken beats, hollow synths and broken radio transmission the order of the day, while the house release of the week went to Crackazat’s Tunnel EP on Futureboogie, with the raw and chunky 9-minute title track combined an impeccable sense of rhythm and deep atmospherics with madly tweaking synths, making it possibly the most infectious house cut to come out of Bristol this year. Meanwhile the bass arena was well served with the second single from rising young producer South London Ordnance. There’s a fizzing energy to “Pacific” that keeps the essentials rigid for the mix, while the decoration flirts with your eardrums, and it’s all underpinned by a deliciously acidic bassline. Finally, man of the moment Daniel Avery’s Need Electric EP comes heartily recommended to fans of low-slung, oddball house.