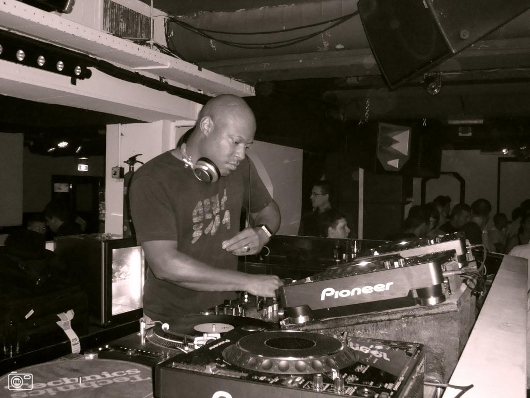 Hood launched the Nighttime World series back in 1995 on Austriaâ€™s Cheap label, with the album helping to establish his reputation as one of Detroitâ€™s most talented and versatile techno producers. Its follow-up appeared on M-Plant, Hoodâ€™s now familiar home, in 2000 and continued the producer’s forays into the worlds of jazz, minimal and old-fashioned floor-filling techno.

Set to arrive some twelve years on, Motor: NightTime World 3 follows the lineage of many an album by Detroit electronic music pioneers â€“ think Jeff Mills, Carl Craig and, of course, Drexciya â€“ in being based around a concept: Julien Templeâ€™s acclaimed documentary film Requiem for Detroit, a bleak exploration of the history and future of the cityâ€™s famed motor industry being the inspiration for the twelve track set.

According to the press release, the album sees Hood â€śexamine the life, history and future of Detroitâ€™s motor industry and its workforce, set against a backdrop of decay, hope and re-birth.â€ť Musically, itâ€™s said to stick to the formula Hood developed on the previous instalments of the series, meaning we should expect a far-sighted fusion of jazz and stripped-back techno. The tracklist hints at a structured, soundtrack-style journey, moving from the glory days of Detroit car manufacturing,Â  through technological changes to mass unemployment and potential rebirth.

To promote the album, Hood will also tour Australia in November. So far, gigs have been confirmed in Melbourne (November 9) and Perth (16), with further dates to be added.