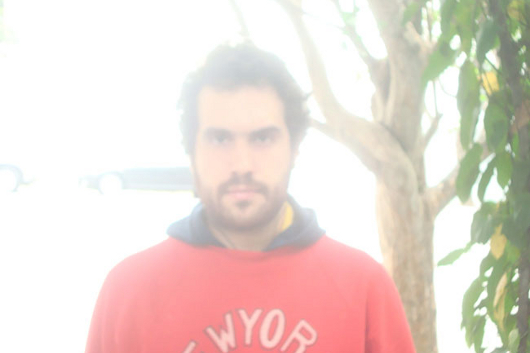 The Brazilian first rose to prominence back in 2010 with a couple of Phantasy released EPs which showcased his self styled “Wrong Dance Music”, a strange but wonderful sound influenced by everything from early techno and house to punk and harsh-lo-fi, and featured some high profile remixes from Four Tet, Appleblim and Duke Dumont. This unique sound was further refined on Preparing a Voice To Meet The People Coming, an album of Demdike Stare-esque sampleapsychedelica released on Los Angeles independent label Glue Moon last year.

The forthcoming five track Knights is described by Phantasy Sound as Terror’s deepest visions to date, comprised of  “34 minutes of raw primitive drum machine beats colliding with a wild-collage of samples, hymnal vocal chants, swooning reversed guitars slathered in hiss, and slurring keyboards”. On first listen the two part “Lifantastic” seems to be a real highlight, evoking everything from patten to Spaceman3 via Andy Stott across the combined seventeen minutes, and Phantasy are no doubt planning something special for the vinyl release.