US duo Teengirl Fantasy have announced details of Tracer, their forthcoming album for R&S Records, which will feature guest spots from Laurel Halo, Panda Bear and Romanthony.

Nick Weiss and Logan Takahashi rose to prominence off the back of their 2010 long player 7AM on Merok Records, which featured the still epic sounding “Cheaters,” a track that was subsequently adorned with a much needed 12″ release from Hivern Discs accompanied by some equally spellbinding remixes from John Talabot and Future Times duo Beautiful Swimmers. 7Am was clearly an album that made an impression on R&S Records, who revealed on their website back in January that Weiss and Takashiri had signed up for a second album that was due this summer.

Today the album was unveiled as Tracer, with the ten track set due out in August and featuring collaborations with house music legend Romanthony, recent Hyperdub signing Laurel Halo, Animal Collective’s Panda Bear and Kelela. Ahead of the album, look out for the lead single Motif which features a particularly brutal, heads down techno remix from Actress.

R&S Records will release Tracer by Teengirl Fantasy on August 20, whilst Stateside fans can get it via True Panther on August 21. 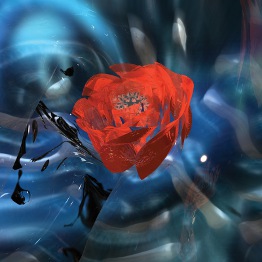