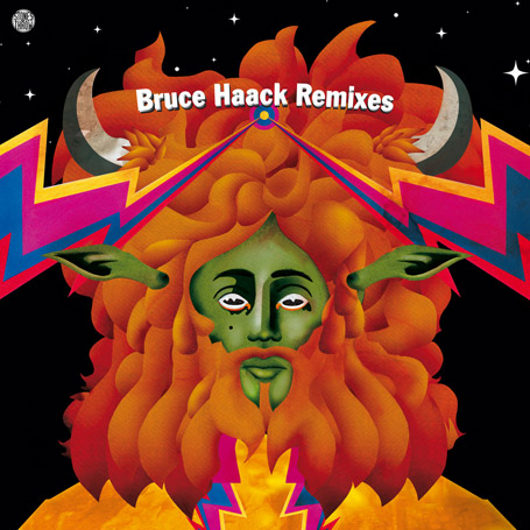 Prince Language, James Pants, Samiyam and Peanut Butter Wolf all feature on the forthcoming and quite self explanatory Bruce Haack Remixes LP from LA based label Stones Throw Records.

The prolific Canadian composer has been something of a long term fancy for Stones Throw boss Peanut Butter Wolf, with his diverse range of synth based productions being included in several compilations and mixes over the years, while in 2010 the label released Farad – The Electric Voice, a 16-track delve through the unreleased archives of Haack’s vocoder recordings over a twelve year period between 1970 and 1982.

The forthcoming Remixes LP has the aforementioned artists and more tackling tracks from Haack’s acclaimed 197o LP Electric Lucifer, along with its follow-up Electric Lucifer, Book II and material from various other releases from Haack that surfaced over the years. Both the James Pants and Prince Language remixes have existed online for sometime now, and it’s nice to see them get a proper physical release – you can check the excellent Prince Language remix of “Party Machine” below.

Stones Throw will release the Bruce Haack Remixes LP on May 22.