Crème prepare to enter the Strange Paradise of Orgue Electronique 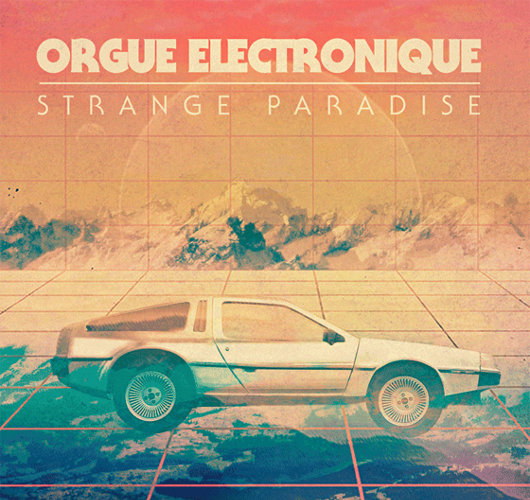 Orgue Electronique is a name that needs little introduction, being just one of a number of aliases Brian Chinetti has operated under over the past decade for labels such as Bunker, Clone and Crème as well as forming the mighty Chicago Shags alongside long term friend Danny Wolfers aka Legowelt.

Despite his long affiliation with Crème, Strange Paradise is in fact his first album for the Dutch label and comes described with typical humour as less “long awaited or highly anticipated” and more “sculpted out of the blood and tears of 5 years of life, and all the dreams, imagination, tristesse and longing that goes along with it.” Stylistically, the eleven track album is resolutely vintage Chicago house of the both the warm and jacking variety, but the press release warns “this ain’t no hipster shit dime-a-dozen Facebook House Gonzales” which sounds suspiciously like the words of the aforementioned Mr Wolfers.

You can check a video filled with suitably saturated archival footage for “Our House”, the opening track from Strange Paradise featuring the vocals of the uber busy Robert Owens to get an idea of what to expect from an album which features the above excellent artwork from a certain forest dweller known as Xosar.