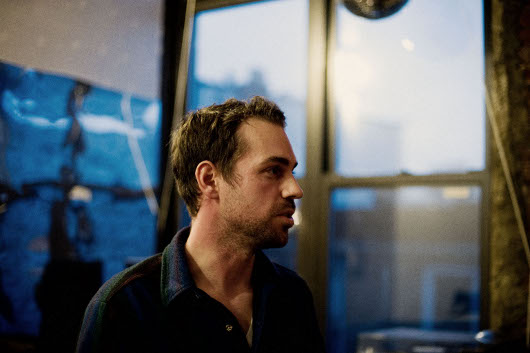 New London-based label Emotional Response will launch with the release of a 13-track album from Alan Hurst, the rarely used alias of prolific producer Jason Letkiewicz.

Nzambi showcases a more sedate, soundtracky side of Letkiewicz, best known for his deep analogue house jams for the likes of Clone, Echovolt and L.I.E.S. and his new wave project Innergaze, who last week released their Mutual Dreaming album on Minimal Wave sub-label Cititrax. We recently invited ourselves around to the producer’s Brooklyn abode to chat and take pictures of his cat – check out the results here.

Emotional Response is the big brother of Emotional Rescue, the reissue label run by South London type Stuart Leath, which has already put out obscurities and curios from the likes of Bob Chance, Suns Of Arqa and Jaki Whitren & John Cartwright.

We have an exclusive stream of one of the album’s tracks, “Parallel Sensations”, which you can check out via the Soundcloud player below.

Nzambi is due for full release on May 28, with the earlier hand-stenciled promos already long gone.