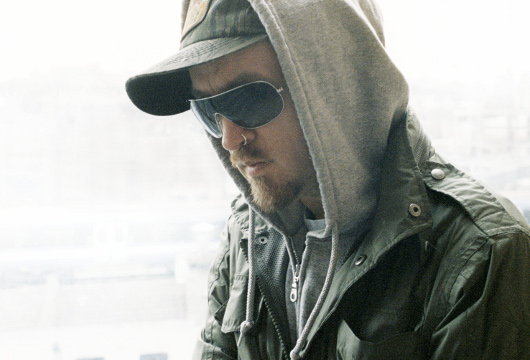 Kevin Martin, the man known to most as The Bug, has revealed intriguing plans to start his own genre and 7″ label, both going by the name Acid Ragga.

Taking influence from artists such as Stakker, Plastikman, Phuture and Aphex Twin, Acid Ragga sees Martin combine these into his own twisted take on Sleng Teng and dancehall, collaborating with a host of big names across the project.  The accompanying press release from Ninja Tune, who will be operating Acid Ragga as a sub label, puts the project thus: “this isn’t your parents second coming of the summer of love acid. This time there will be no smiley faces, no ecstasy, and no future. The world is truly fucked and Kevin Martin can always be relied on to soundtrack armageddon time.”

The first 7″ is due to arrive in June, and features “Can’t Take This No More” on the A-Side, featuring Daddy Freddy “slowed down to a menacing crawl”,  with the flip featuring Hype Williams” Inga Copeland providing vocals on “Rise Up”, and sounding “like Donna Summer on smack”. This will be closely followed by another Daddy Freddy collaboration, “Ganja Baby”, described as “a body breaking, robo-raggamuffin, weed anthem”.

Further collaborators lined up for future releases include Death Grips, Gonjasufi, Grouper, JK Flesh, The Spaceape, Flowdan + Warrior Queen. The press release also delivers news that Martin is working on a solo album under The Bug moniker, to be called Angels & Devils. A clip from the first single can be heard below.

“Can’t Take This No More”/”Rise Up” will be released in June.