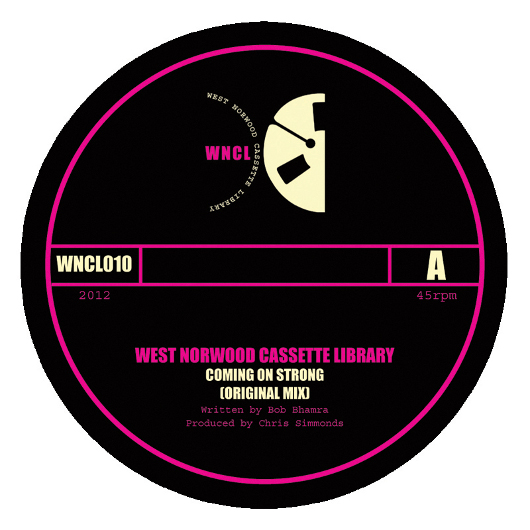 West Norwood Cassette Library is set to release his WNCL imprint’s first record of the year, featuring the London-based producer’s own “Coming On Strong”, backed with a remix from Hessle Audio’s Pangaea.

In the style of his essential track from last year, “Get Lifted”, “Coming On Strong” is not, as its name may suggest, a homage to Hot Chip’s debut album of the same name, but a piece of raw, bumping basement house which is heavy on the toms, and accented by some particularly jazzy samples. On the flip, Pangaea transforms it beyond recognition by warping its saxophone tones into an abstract soundscape – clips of both can be heard below.