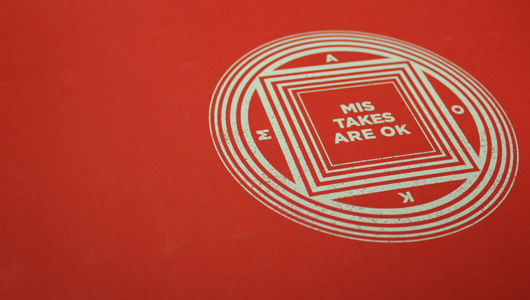 Sometimes it’s the smallest detail or subtlety to design that catches your eye with a record, and that much is evident in this month’s selection of vinyl cover art.

Take, for example, the first edition of the Club Construction Series from Night Slugs, with the stripped back nature of the music from L-Vis 1990 mirrored in the minimalist design – little more is needed than the distinctive Night Slugs font and artwork on the inner sleeve. Equally, Meakusma’s excellent 12″ release of Madteo remixes from Pittmann, Shake Shakir and Mosse & Mix Mup restricted its artistic endeavours to a delightfully framed sticker amid a sea of blackness.

The artwork for R.I.P, the stunning new album from Actress, took a similarly stark approach and looks truly resplendent in double LP format, the delightful sensation of running your fingertips across the embossed lettering and logo can’t really be replicated in photographic form – you have to feel this one out.

Hivern Disc are rightfully known as much for the attention to detail shown on their records as the music they play, and the latest 12″, a debut of sorts from the enigmatic Barcelona based producer Mistakes Are OK, arrived with some loving artistic touches in every place possible, with the front logo particularly eye catching.

Another label known for their cover art and possibly a shoe-in for the end of year Best Record Sleeves Omnipresence Award are Minimal Wave, and the Innergaze LP on their lesser spotted offshoot Cititrax is superb – done in collaboration between label boss Veronica Vasicka and Innergaze’s Aurora Halal no less.

Two of this scribes favourite producers right now are FunkinEven and Gifted & Blessed, and both dropped excellent twelve inches this month and both were wrapped in fine, if differing artwork. The long overdue Chips & Sweets from FunkinEven arrived in a sweet wrapper sleeve, with three different colours of vinyl pressed up (four if you count the Detroit only Record Store Day Special Edition that appeared last week), while Gifted & Blessed graced FunkinEven’s regular haunt Eglo with some less overt ink art courtesy of Radek Drutis.

Elsewhere, the Lux Rec imprint went all-out on the label debut from Swiss brothers Echo 106 in a manner best portrayed by the picture we’ve included here, Prime Numbers made a long overdue return to the art of releasing records and offered a timely reminder of how nice their logo is on those Dettmann & Nodge remixes of Trus’me, whilst hotly tipped hypnotic pop act Toy also sneaked into our affections with the sleeve art for their dinky seven inch.