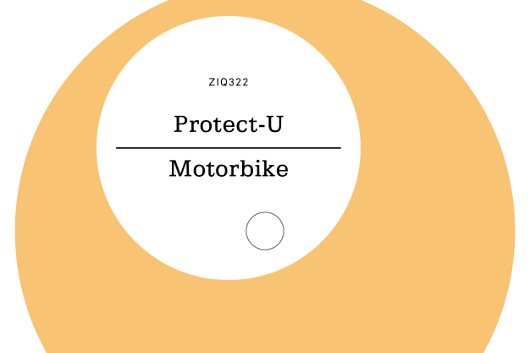 Planet Mu will continue their exploration into the world of hazy analogue house with the release of an EP from Washington DC duo Protect-U.

Comprised of  Mike Petillo, co-owner of esteemed label Future Times and his production partner Aaron Leitko, Protect-U take the same kind of delicate, foggy and warm approach to house music as their peers Innergaze, Beautiful Swimmers and Ital, and create woozy analogue jams with a distinctly live flavour. Although Planet Mu have been most visible in recent years for their championing of juke and footwork, they’re no strangers to more psychedelic sounds, with recent material from The Host and Ital fitting alongside albums from Solar Bears and Tropics in past years.

Entitled Motorbike, the release follows previous EPs on Future Times. It showcases the most refined version of the sound the duo have been developing for the past few years, with the title track characterised by a hyperactive rubber bassline lent a soporific bent with its twisted, psychedelic strings. “Lawndog” utilises a bright melodic buzz, and”Invisible Halo” ends proceedings on a dreamier tip, with a sludgy bassline lost amid a foggier aesthetic.

Motorbike will be available from Planet Mu on 12″ and digital formats on 28 May 2012.

A1. Motorbike
B1. Lawndog
B2. Invisible Halo