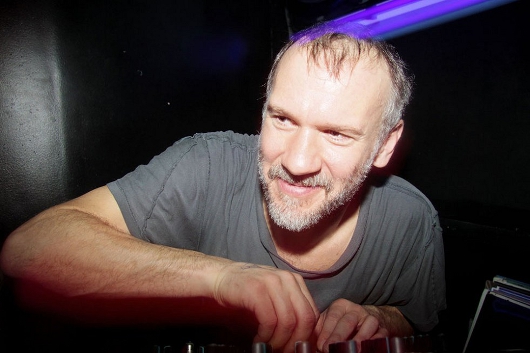 Thomas Bullock has added further categories to his already sizeable discography with the launch of a new alias Tom Of England and a new label, entitled STD Records.

Most commonly known for his participation in the Rub n Tug psychedelic disco machine alongside Eric Duncan, Bullock’s career in music stretches all the way back to late 80s Cambridge where he was a part of the “legendary” Tonka party crew alongside long term aficionado DJ Harvey – the two would later record together as Map Of Africa on the Whatever We Want label.

Like Mr Bassett, Thomas Bullock has been a resident of the USA since the early 90s, first pitching up in San Fransisco then moving to New York City and inadvertently starting electroclash as part of A.R.E Weapons, before focusing on less risible musical endeavours under a multiplicity of names including Welcome Stranger and Otterman Empire. One of the more engaging characters in contemporary electronic music, Bullock recently elected to return to England, as he discussed in a recent and illuminating appearance on Tim Sweeney’s Beats In Space show.

Electing to call himself Tom Of England is clearly in reference to his recent Trans-Atlantic move, whilst the STD Records name is not only a slightly facetious one but apparently also a nod to Sunday T Dance, the “string of delirious parties” held at Bullock’s New York loft in the period before he left. Just to muddy matters somewhat, Bullock has previously used the STD brand to release a highly limited one off twelve inch under The Hankins Mountaineers name which was pressed up for release at a party hosted at NYC record shop Dope Jams.

The label has three Tom of England records primed for release in the near future, with each focused squarely on the spotters badge end of disco edits.