Frozen Border get ready to spend Minutes On Ice 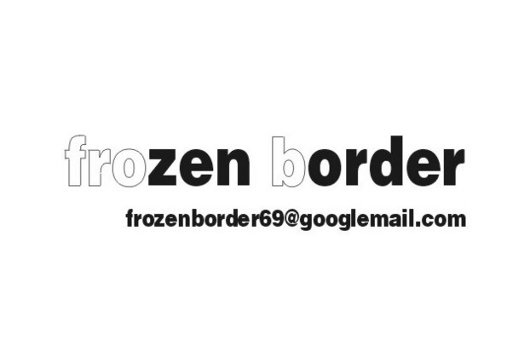 Blawan, Szare and AnD will all feature on a forthcoming compilation from UK techno imprint Frozen Border, entitled Minutes On Ice.

Since launching in 2009, Frozen Border has positioned itself at the vanguard of a healthy revival of UK techno. It has maintained the time honoured tradition of faceless techno, putting out records in white, hand stamped inner sleeves with no information regarding the artists. The imprint has already spawned two sub-labels, Horizontal Ground and Naked Index, which have adopted a more open policy when it comes to artist identity, with Mancunian types Szare and AnD, Adam Rivet and former Juno Plus podcaster DJ Skirt among those putting out records on the two offshoot labels.

Minutes On Ice will feature tracks from all of the aforementioned artists as well as the mysterious Frozen Border regular known only as #.4.26. It also features a track from highly regarded Yorkshireman Blawan in the shape of “Tuesday’s March”, as well as relative unknowns Buck, Mary Velo and Andrea Santoro.

Frozen Border will release Minutes On Ice in May 2012. Peruse the vinyl tracklisting below – the CD version will contain extra tracks.