This (short) Week At Juno 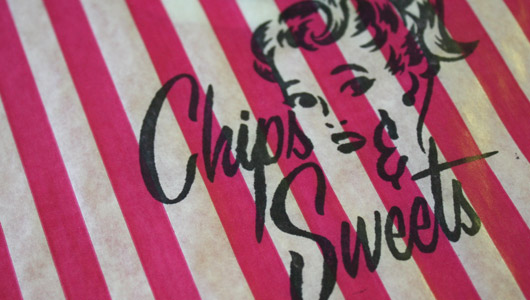 Recent weeks at the Juno Plus office have included time for slightly frustrated furtive inquiries as to when a certain Funkified Eglozoid would be dropping the humongous second release on this recently minted Apron label. Frustration turned to elation this week for a lucky few.

Just 250 hand numbered copies of FunkinEven’s Chips/Sweets in all their sweet wrapper sleeved glory are available to the baying vinyl loving public and the Juno Records allocation didn’t stick around. This isn’t surprising when you hear the excellent music, with the disco boom bappery of “Chips” a particular simplistic yet devastating joy – little more than an almighty sample greedily squeezed intermittently between a raw big fat kick drum.

Just as exciting was the first new material from Pepe Bradock, which arrived with the lack of prior warning we have come to expect from the Parisian producer par excellence. As we reported earlier in the week, Imbroglios Part 1 is the first in a four part series of releases and Bradock’s first original material since 2009. The four tracks are also indicative of Bradock’s singular style that incorporates all manner of mind bending textures from odd sources – few other producers would think to actually sample a cat purring or indeed succeed like Bradock does on the intoxicatingly off kilter “Inconsequent Pussy”.

Hyperdub’s continual morphosis into one of the most interesting labels in electronic music continued apace with the rather cool addition of King Britt to their release roster via The Fifth Element referencing Fhlostom Paradigm EP. Naturally given the space to experiment, the Philly producer casts off his traditional bruk style nu-jazz leanings for something altogether darker across the three tracks, with the off the wall drum programming of “The Chase” a favourite in the Juno Plus office.

Blackest Ever Black have carved out their own particular, slightly unnerving niche over the course of several creepy releases, and the label’s latest twelve inch from Vatican Shadow perfectly encapsulates their approach. Iraqi Praetorian Guard culls two tracks from Byzantine Private CIA, the American industrial noise merchant’s debut cassette release from 2010 for a much-needed vinyl pressing and the label also sweet talked Regis into remixing another Vatican Shadow track, “Church Of All Images”, with typically uncompromising results.

Over at Juno Download, Keysound capitalised on the appreciation of the LHF collective and issued forth a whole album’s worth of material under the appropriate title Keepers Of The Light. The reason the crew is heralded is not because of some stout insistence on making endless monochrome 2003 style dubstep, but because the vitality the genre poses at its best is evident throughout their output. There’s a heavy focus on Indian classical samples in many of the tracks which harks back to Dusk & Blackdown’s Margins Music, but really the whopping 26 track selection is pushing a brand of freshness in a half-step context which is all their own.

Elsewhere, Pearson Sound’s recent self-released single arrived in the digital domain (albeit shorn of the B-Side “Footloose” that appeared on the recent vinyl version, while Laurent Garnier made a surprise appearance on Pedro Winter’s Ed Banger imprint. London-based producer Brey delivered a genre-straddling EP for Svetlana Industries; while clearly rooted in the eclectic, post-dubstep world of bass music, there are all manner of influences at play that make Brasil hard to define. Fourth Wave snaffled up some gems from Presk, R&S previewed Lone’s forthcoming album with the resplendent rave of Crystal Caverns 1991 and the pick of the techno this week came from Cassegrain, Redshape, Conrad Von Orton and The Fachwerk Three (as we’ve dubbed them).

Those of you who missed the vinyl version of last year’s awesome Mutant Beat Dance 12” for Rong can now bask in its warm digital glow. Just one of many side projects from Ann Arbour’s consistently excellent Melvin Oliphant III, Mutant Beat Dance is a collaboration with vintage synthesizer enthusiast Beau Wanzer, and the innovative rhythms demonstrated on both “Another World” and “New News Is Old News” have us looking forward to their soon-come EP for Rush Hour.

Pick of the CD-shaped musical treats this week had to be Crossed Paths, the debut album from shadowy techno producer Shifted. His identity remains a mystery, but crucially, he does not come from the small coterie that has dominated UK techno over the past twenty years. Crossed Paths tingles and fizzes with an atmospheric sensibility that monochrome techno often lacks.