Hippos In Tanks will release Exo, the debut album from New York based duo Gatekeeper this summer which will apparently be complemented by a “first-person gaming environment” (via Pitchfork).

Gatekeeper then released Giza on the slightly more prolific Merok imprint, a six track EP (reviewed here) that first revealed the duo’s desire to be viewed not as a band but an immersive audiovisual experience. The release was accompanied by a VHS tape containing each of the six tracks on the album, rendered in 3D by their visual comrades-in-arms Thunderhorse Video.

Those who enjoyed that Merok release will be pleased to hear Gatekeeper will be exploring those ideas further on Exo, with the Hippos In Tanks press release stating the duo “takes the exotic, outlandish after-hours of Giza to an entirely higher setting”. Keen to expand on the immersive A/V themes, Ross and Arkell have commissioned Portland based visual artist Tabor Robak to design the aforementioned gaming environment in which one explores various worlds inspired by the album’s tracks.

Hippos In Tanks will release Exo by Gatekeeper on July 17. 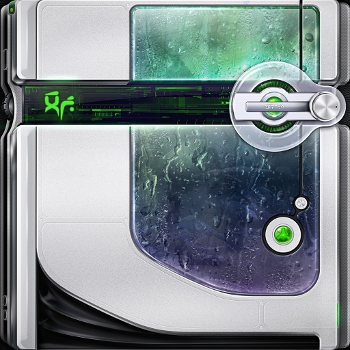