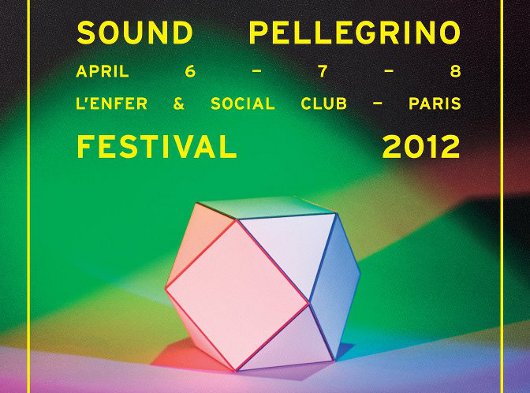 Sound Pellegrino are celebrating their third birthday in Paris this weekend, and we have two pairs of tickets to give away to their three day long party taking place at L’Enfer and the Social Club from April 6-8.

Run by Teki Latex and Orgasmic, Sound Pellegrino has seen releases from French mainstays such as the aforementioned Latek, Joakim and Para One, alongside releases from international allies such as Night Slugs heads L-Vis 1990 & Bok Bok – the latter of whom will be playing together with sometime production buddy Tom Trago. They’ve also pulled out all the stops to bring luminaries such as Todd Edwards, Hudson Mohawke and Claude VonStroke in for the occasion.

Travel and accommodation isn’t included, but if you’ve got no other plans for the weekend (or live in Paris) you could do worse than take an impromptu trip to the continent.

In order to be in with a chance of winning simply send the correct answer to this question to competitions@juno.co.uk: What was the name of Bok Bok & Tom Trago’s collaborative EP released on Sound Pellegrino last year? Entries will close at 5pm UK time on Thursday March 5, and the winner notified by email soon afterwards.