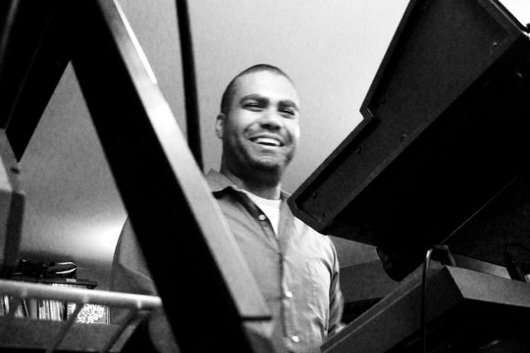 D’Marc Cantu will return to the M>O>S Deep imprint to release A New World, the Ann Arbour native’s second album in a matter of months.

Though not as prolific as his fellow Jakbeat advocates Tad Mullinix and Traxx, Cantu has built an impressive discography with releases on stellar labels such as Nation, Crème Organisation and Lux Rec. The past year has seen the producer establish a strong working relationship with Aroy Dee’s fledgling sub-label, releasing two ten inches last year with the latter How Are We Doing? an enduring favourite at the Juno Plus office.

M>O>S Deep actually hinted at the fact they were planning a full D’Marc Cantu album (of sorts) around the time of the aforementioned 10″, though no further details were forthcoming. In the interim period D’Marc Cantu has of course delivered what is quite an impressive debut album in the form of Fallen, released last December by Crème Jak replete with some truly distinctive artwork form Godspill’s Mehdi Rouchiche.

No firm release date yet but we expect M>O>S Deep to release A New World by D’Marc Cantu on double LP in the next month. The label also has twelve inches from Chicago Shags, the collaboration between Legowelt and Brian Chinetti and R-A-G, Aroy Dee‘s project with G-String and Ma Spaventi on the horizon.