The tracklisting and cover art for Levon Vicent’s Fabric 63 mix has been officially announced.

As we recently reported, the US-born, Berlin-based artist has been asked to curate the 63rd instalment of the long standing mix series. Now it has been revealed that the 15-track mix will be comprised mostly of Vincent’s own productions – including certified bombs like “Double-Jointed Sex Freak II” and “Polar Bear” – alongside cuts from Underground Quality boss Jus-Ed, DJ Qu, Black Jazz Consortium, Anthony Parasole and Joey Anderson, which suggests Vincent is keen to pay his respects to the tight-knit circle of New York-based artists with whom he is associated.

Fans of Vincent will be excited to note a smattering of unreleased heat from the man himself on the tracklist, including “Stereo Systems”, “Fear” and “The End”, all of which are seemingly set for release on his own Novel Sound label. Last week he told Resident Advisor that the mix was recorded on vinyl in his Berlin cellar. “I wanted to use this opportunity to push my signature sound,” he is quoted as saying. “I hope people say that I had a commercial opportunity and that I used it to do something artistic.”

Fabric will release Fabric 63 by Levon Vincent on April 23, 2012, on CD and digital format. 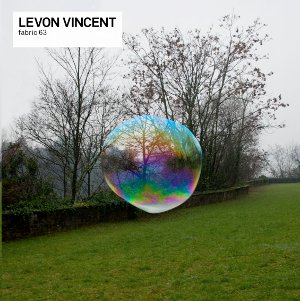