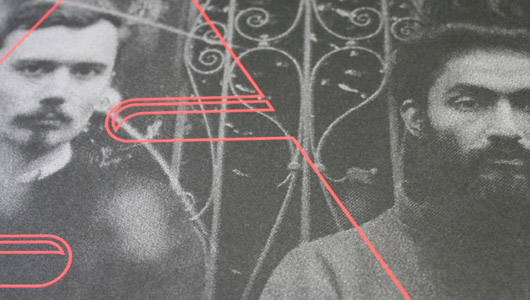 Earlier this week we broke news that Rush Hour had earmarked the illustrious Carl Craig to remix a Tom Trago classic and thus further demonstrate their growing status amidst the techno cognoscenti, and the raft of twelve inches that arrived from the Amsterdam emporium this week showed that respect is well deserved.

Cream of the crop was May The Funk Be With You, the almighty clash of Mid Western house excellence that was Gene Hunt and Theo Parrish. Mr Hardy’s good friend Gene truly served notice of his blossoming relationship with Rush Hour on this one, turning in a perma mutating, synth laden Chicago jacker that deftly spliced the titular refrain. We’ve been rubbing down the needles on the office 1210s with this 12″ since we tea leafed a white label that arrived from Rush Hour HQ a few weeks back, with the ‘Theo getting Ugly on the B Side’ remix doing most of the damage – don’t try and beat mix this gospel heavy tech jazz behemoth; just let all the hypnotic eight minutes play out.

Complementing this, Rush Hour also found the time to ship over some advance pressings of Boxbeater, an appropriately titled twelve of two archival cuts from Jordan Field’s sizeable back catalouge on their Hour House Is Your Rush sub label as well as slipping out a streamlined double LP selection of the Virgo Four Resurrection box set and teasing us with what Hunee’s forthcoming album might sound like via the two tracker Tide – we’d wager it will be mind-bendingly infectious analogue business.

There were also some other records releases this week of note – for example Future Times slipped out a riposte to all those charting DJs who like to flaunt their upfront status with an Untitled twelve inch from an Unknown artist that arrived on a mostly white labelled twelve inch. It was also very good, smartly tweaking a 2009 classic from the Running Back canon, whilst at the opposite end of the sleeve design scale the always impressive Five Easy Pieces label outdid themselves with their latest effort. As you can see above, the artwork for My Panda Shall Fly’s one off collaboration with button basher Benjamin Jackson is superb, as is the music with the duo veering between buffed up aqua boogie, spine tingling half step utopia and pause button heavy smudge outs – do check the remixes from R&Ser Cloud Boat and Chairman Kato too.

Canvas the Juno Plus editorial over their favourite artists and the results might possibly come back as follows: Legowelt, Joakim and Pearson Sound, which is lucky for this writer as all three dropped records this week. Mr Wolfers returned to the increasingly impressive Signals imprint with a full EP after gracing their debut release with a remix and the North Sea Spectrum EP was vintage Legowelt tackle, from the humorous titles to saturated hues of expert Juno 106 manipulation and dextrous box jam rhythms. Joakim not only debuted on Future Classic with some finely chosen remixes for company but he also sneaked onto a Renaissance Man Remix 12″ alongside excellent Call Super and Dexter, whilst Pearson Sound dropped two signature DJ tools on a white label that caused some minor genre disagreements in the editorial pow wow.

A shout out to two of our favourite labels in L.I.E.S and World Unknown, who both graced us with their first efforts of 2012, with the elusive Svengalisghost debuting on the former with his unique brand of dystopian techno murk, while Don’t Be Afraid’s Semtek delivered a rather fine William Burroughs spitting over an updated take on Underworld’s Dark & Long” for the Blake & Hart music factory. A special mention also to the thumpingly excellent former Output act Gramme who returned from the obscure cold with a four track EP every bit as good as their excellent Pre Release EP for Trevor Jackson’s label back in 1999.

Over at Juno Download, music blogging cognoscenti Sonic Router inaugurated their label with a fresh catch from the ocean of the music that gets sent their way. Torus is a young Dutch producer with a penchant for ragged, bumping hip-hop rhythms, yet those reference points get stretched out to breaking point on a promising debut for label and artist alike.

Elsewhere, the modestly named Gifted & Blessed continued to make a splash with his sun-baked experiments. The LA resident shares a common vibe with his West-Coast contemporaries even if the styles are separate, and this live set recorded in January 2012 further supports this; it’s obvious this is the work of live analogue tinkering, as languid ripples and tones cycle around themselves in a distinctly laid-back (and Californian) manner.

Meanwhile, Dekmantel reached Part 4 of their 5-part anniversary series, with Skudge and San Proper going head to head with two varying levels of dark techno business. Skudge, as always, were in fine form, delivering one of their subtly melodic tracks that work around one repeated and tweaked refrain. San Proper spiced things up nicely on his “Rattle (Station 2 Station)”, as a grinding, industrial beat mixes with dense vocals, synths, speech samples and plenty more. The end result is a perfect example of the kind of steamy, sweaty haze of late night damage that Mr Proper has made his own – bring on that full album please!

Staying on a techno tip, there were new EPs from Xhin (on Token), Conforce (Clone Basement Series) and the Fachwerk stable, while Demdike Stare’s excellent Elemental LP reached the digital domain after a physical release a couple of weeks back. Their fifth full-length is as formidably creepy, intense and bloodthirsty as their previous outings and provides alternate takes – along with bonus material – of the tracks that appeared previously on a series of equally collectable twelve inches.