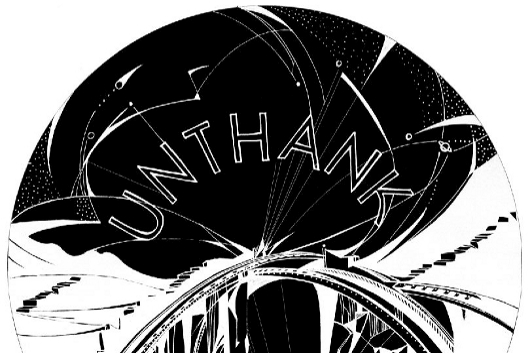 Some excellent news from the Firecracker camp for you to digest, with boogiefied Australian producer Inkswel on board for the next release on the Scottish imprint’s sub label Unthank.

The Melbourne based Inkswel has been turning heads with some finely produced outings on Rush Hour’s Boogie Bash operation as well as a neat remix appearance alongside the like minded Tom Noble on the L.A. imprint Super Elevation. Regardless, news of his arrival on Unthank was a pleasant surprise, as indeed was the fact his three rough edged analogue productions that sound like a contemporary Das Ding will be complemented by a remix from Eglo’s increasingly on-point button basher FunkinEven.

With the third Unthank release from Scotsman Lord Of The Isles expected to drop imminently, Firecracker are promising Inkswel’s contribution to follow swiftly next month and you can preview the EP in the below Soundcloud player.

In related news, former Unthank contributor and seemingly never stops working Ukranian producer Vakula has finished an album for Firecracker, which is due for release towards the end of May. As yet untitled, the album has taken some two years to complete and will be released on triple 12″ vinyl replete with had made sleeves and artwork and is described as “modern electronics with a real respect for its roots and Ukraine’s history and art.”

This announcement makes for the third album due out this year from the Ukrainian producer with Dekmantel on the cusp of releasing a double LP album under his Vedomir alias, whilst Resident Advisor report the news Seattle based label Nuearth Kitchen are also about to release The 13th District, a thirteen track opus under another moniker in V.