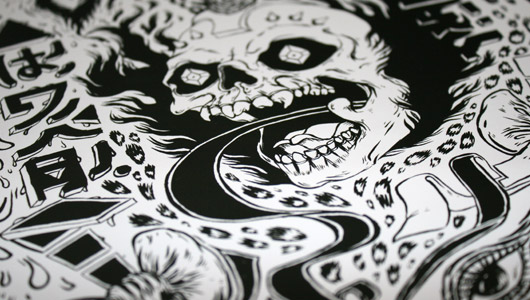 After last week’s fanfare surrounding our centenary of This Week At Juno columns, it’s back to the grind at Juno Plus headquarters getting down to the nitty gritty of listening to a raft of records.

The undoubted highlight of this particular week was the much vaunted Wild Oats reissue of Anthony Shake Shakir’s masterclass in late 90s Detroit techno, the rare and deleted M3 Sessions, remastered and presented as the West Side Sessions with bonus material from Shake and Kyle Hall on an accompanying dinky seven inch. Each of the four archival rollercoaster rides from ’96 era Detroit rhythms sound just as vital now, and given the additional glossy aesthetic touches – screen printed cover art and and gloriously lo-fi photocopied insert – this release pretty much has “must have” written all over it.

Kyle Hall’s mate Jay Simon also chose this week to finally deliver the first release on his Must Have imprint, which has been teasing the Soundcloud community for a few months now. It’s a wait that’s been worth enduring however, with Finnish producer Saine at the helm for a quartet of tracks that approach Motor City rhythmic expression from various, equally accomplished angles. Whilst we’re on the subject of Detroit, let’s throw down some praise for the Skylax imprint and their excellent double LP release of previously cassette only material from a truly hidden gem of Detroit electronic music in Jason Grove – moments of outright musicianship permeate all the tracks on 313 4 Ever and it’s a dream for any lover of pure, unfiltered house music.

Elsewhere, a few of Juno Plus’ perennial favourites returned with some excellent material – for instance Vakula was back on the Firecracker intellectual house offshoot Shevchenko with three further examples of his trade on Asuwant. It’s all about the otherworldly, fizzing techno psychedelia of B Side track “This Is Not Music” for us, with the repeated run out groove warning that ‘it’s not music but a trip’ more than prescient. The scarily prolific and equally chameleonic BNJMN dropped by with another Untitled white label release for the Rush Hour label, showcasing the elusive producer in precision driven rhythm form, with the Mathematics worthy “Unrest” a particular highlight. Whilst it might seem an odd pairing, Appleblim’s two remixes of “Changes” from veteran UK glitterball act Crazy P were excellent, recasting the group in both an updated take on the 80s soundsystem vibes of The Wild Bunch and the wholly darker monolithic creeping nature of the B Side Deep Under Dub.

Something, something, something, Burial Kindred EP now available on vinyl….. and in a similar stratosphere, but not the same as Burial stands alone (apparently), this week also saw the first release of the year from Glasgow’s supreme Numbers imprint, and it’s a killer. Whilst Kodiak may be a new name to most, “Spreo Superbus” reveals the London duo to be worthy new members of the ever growing NMBRS clan, piling on the drama from the first few bars, and packing scores of detail into the framework. There is also the small matter of two perfectly chosen remixers in Girl Unit and Actress who recast Kodiak’s original in stunningly different and inventive ways.

Over at Juno Download, former Bristol resident and all-round badman on the keys Crackazat made his official solo release debut on Astro:Dynamics with some lush, smooth boogie flex that belied his musical talents (do check “Implication”, which nails down the producer’s love of the funk with a weighty bassline that should have all kinds of faces getting pulled and hips getting ground). Meanwhile, Distal continued his quest to become 2012’s most ubiquitous producer even before his eagerly expected album drops, popping up on Tectonic with a collaborative EP alongside HxdB. “Booyant” is a playful track which gets even more jovial once Archie Pelago gets his mitts on it for a remix – never before did you expect to hear a jazzy saxophone on Tectonic, but it makes total sense in the midst of this madcap and utterly brilliant remix.

Elsewhere, Juno Plus hats were again tipped towards Gifted & Blessed for having the conviction to put out the opus from lo-fi beat producers Gabe and Dakim. Arrhythmic beat pulses fuss over themselves while varying sweeps of tone and noise try to smooth everything out, unsuccessfully. The theme remains constant throughout, simply degrading slowly over the course of the track until it reaches a single sombre note which enjoys a good few minutes in which to quietly modulate itself to sleep.

On the CD front, it was all about the new Grimes album, released this week on 4AD (check out the lovely artwork that adorns the top of this article). Visions is one of those albums whose repeated listens brings forth new pleasures; despite already possessing three studio albums for an impressive array of labels (No Pain In Pop, Hippos In Tanks and Lo Recordings) it’s clear that this is Grimes’ most accomplished work to date and sees her on the cusp of deserved wider success.