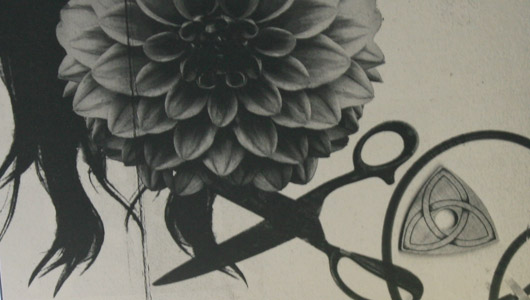 We had originally planned to ask DJ Harvey to guest edit the 100th edition of This Week At Juno, but given the polarising effect his podcast had on the Resident Advisor forum dwellers we thought it was best to avoid any mescalin influenced scribblings from Mr Bassett.

There was a distinctly oranje hint to proceedings at the Juno Plus office this week – it began with an exhaustive 5000 word (count’em) feature on the new breed of Dutch techno artists in Delta Funktionen and Conforce and was followed by what Jamie Redknapp would refer to as literally a deluge of records from the Lowlands area. It was appropriate that Mr Bunnik himself led the way with the multi-directional approach to thumping techno that is the 24 EP – do check the remix of the title track from Moustache Techno’s Gesloten Cirkel too!

Alongside this, the perma on-form Delsin imprint introduced the vinyl buying public to the previously unheralded Italian talent Hazylujah with the title track of the Too Many Ghosts EP an undoubted highlight and described by us as what Actress doing dub techno would turn out like. Dekmantel popped up with the lime green 3rd edition of their Anniversary Series 12″s which featured a truly mind bending exploration of where house music can take you from Mr Hunee, Albert Van Abbe was at the helm for another No Comment release and Harbour City Sound came correct once again with the Rotterdam flex of Duplex!

Moving away from matters of a Dutch nature, Honest Jon’s dropped the final edition of their far reaching and at times challenging Shangaan Electro Remixes 12″ with two typically diverse reimaginations from MMM and Old Apparatus. Both productions were typical of the material the artists responsible have been dabbling in of late, and the latter’s was particularly special, invoking the spirit of Scratch Perry at his most intoxicatingly brilliant with a rusted, half stepping arrangement caked in all manner of feedback. If that sounds like your bag then you should check the brilliant podcast that Ekoplekz did for us this week.

The fifth – and perhaps best – edition of the Skudge Remix series arrived with the Juno Plus approved duo Cosmin TRG  and Boddika at the helm for rerubs of “Below” and “Ursa Major” respectively – hey Bobby, what’s the Swedish for “must have?”. Just as impressive was the latest release from Night Slugs resident enigma Jam City, with The Courts a sneaker squeaking NS White Label prelude to the producer’s forthcoming debut album Classical Curves – do check the B Side collaboration with Oakland rap types Main Attraktionz for something a bit different from the man Jam.

Over at Juno Download, perhaps the most astounding release this week came from the aforementioned Juno Plus Podcaster Ekoplekz. The setting for the Dromilly Vale EP was an imaginary recording studio that is a cross between King Tubby’s on Dromilly Ave, Kingston, and the Radiophonic Workshop’s Maida Vale studio in London. It’s a fascinating concept, and one that’s pulled off with considerable finesse; far from being a novelty that wears thin, this is undoubtedly some of the producer’s strongest work to date.

Following last year’s well-received Saturday Night Manifesto EP, Recloose continued his association with Rush Hour, and “Feels Like Magic” is arguably his best single for some time, a typically swinging slice of winter sunshine that sits somewhere between deep house, soul and future garage. Be sure to check the edit from his old buddy Carl Craig too. After the widely lauded “Oh My Days” got bodies popping last year, Huntleys & Palmers did the smart thing and served up three remixes of Auntie Flo to get all kinds of future-minded shapes thrown about the place; Pearson Sound, SOPHIE and Alejandro Paz were on tweaking duties.

Elsewhere there was something of a treat from Barcelona’s Hivern Disc label, as they delivered the first in a series of digital-only releases focusing on analogue-heavy house jams, while Siberian singer/producer Nina Kraviz dropped her long-promised debut album for Matt ‘Radioslave’ Edwards’ Rekids imprint. And it’s not so often you see a new release from The Hacker these days, but the veteran producer returned with three Italo-flavoured nuggets on Tigersushi in the style of romantic 80s arpeggios and fat synths he made his name on.

In the land of CDs, Demdike Stare released their fourth full length album, Elemental (check out the artwork adoring the top of this article), and it was as formidably creepy, intense and bloodthirsty as their previous outings. While there are moments of fleeting beauty – see the gentle “Shades”, bubbling echo-techno of “Metamorphasis” or sleepy ambience of “All This Is Ours (Sunrise)” – these merely serve to highlight the horror-fixated darkness and gothic soundscapes that abound throughout. Genuinely chilling, all told.