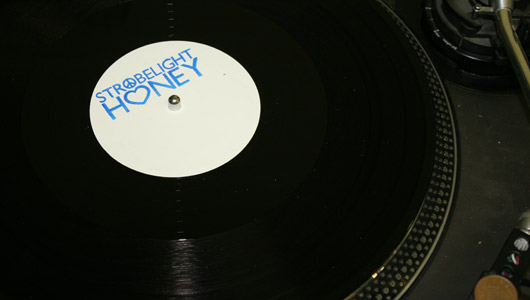 Here we launch the first instalment of a new regular feature entitled Scratching The Surface. Each month one of the Juno Plus scribes will look through the most intriguing vinyl releases and give a selection of under-the-radar missives some richly deserved column inches. First up is our Deputy Editor Tony Poland.

The start of a new year saw Todd Terje dominate most people’s attention (quite rightfully so) with the debut EP on his new Olsen imprint. In a manner indicative of the current wave of hype led releases, the focus on “Inspector Norse” glossed over the fact Terje slipped out an excellent remix of Bjorn Torske in the same week which somehow joined the dots between the continents of Africa, South America and Scandinavia. Terje also graced Gerd Janson’s suave Running Back with a nicely smoothed out rendition of his 2011 gem “Snooze 4 Love” on the Digital Dubplates 10” proving that the much maligned expanses of what is considered disco can still excite.

It’s undoubtedly the overabundance of poorly crafted and at times unnecessary edits in the post Soundcloud boom that lends a sense of trepidation whenever a new “disco edits” 12” arrives, yet the yawning backlash has probably cast off the bandwagon hopping chancers, leaving only the labels and producers with a real grasp of what came before and after disco and how to extend it properly. Labels worth keeping an eye on include the Strobelight Honey series and the mysterious Eros imprint; indeed the former Faith magazine affiliated label just dropped their fourth release – Philly based house producer Matpat giving Lil Kim the MK treatment – whilst whispers abound the latter still anonymous label will drop a third EP imminently.

On a similar note, one of the most surprising arrivals in the first few days of this year was the unexpected return of French edit imprint Les Edits Du Golems, who emerged from a four year silence with the brilliantly oddball Cubo Edits from Versatile Records veteran secret weapon I:Cube that sat somewhere between the D*I*R*T*Y edits of days gone by and Smuggles’ excellent A Few Things With… compilations. Now if my memo to Golf Channel for a Vandervolgen retweak of EMF’s “Unbelievable” gets through my edits wishlist will be complete.

Moving away from the sounds of the cut up discothèque, a new year has brought some new labels with links to familiar names and whose debut releases bode well for their subsequent output. Making all the right noises was Principe, a new label formed by a clutch of Lisbonites with clear ideas and good music taste. In the words of Pedro Gomes, one of Principe’s founders, it’s a “local label, which will be putting out local music, at a place and time where the greater Lisbon is just bursting with amazing music almost nobody knows about, that couldn’t have been made anywhere else”. This far reaching remit includes house, techno, kuduro, batida, kizomba, funaná and tarrachinha, and their first two releases dropped in unison with long term favourites Photonz and kuduro monster DJ Marfox – two diverse releases that do well to join the dots between what Principe was founded to promote. 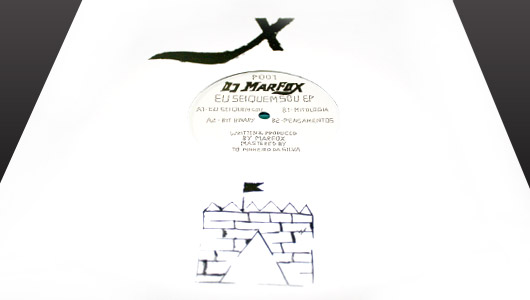 The other label that’s caught the eye is Andy Blake’s new imprint In Plain Sight, filling in the house shaped gap in his label empire and complementing the more leftfield EBM of World Unknown and the stripped down techno of the relaunched Cave Paintings label. In truly canny fashion Blake has essentially taken the many strains of music that permeated the output of his much loved Dissident label and split them across three distinct imprints. In Plain Sight launched in excellent fashion with the mysterious (to most) sounds of youngTEE, who betrays a love of musical sleaze that will appeal to fans of In Flagranti. What’s more surprising is the camp Teutonic vocals that permeate lead track “Dr Chocolate” are the producer’s own. The next few releases are just as good and demonstrate Blake’s lost none of his innate ability for sourcing off kilter sounds.

Just ahead of these labels in recently established stakes is Irish imprint Apartment who ticked all the boxes in the how to impress a Juno Plus writer guidebook. Compatriots TR One were at the helm for Drum Dance, which is destined to be one of those 12”s that flies under the radar of wider appreciation in a manner to Kevin Reynolds’ Liaisons, despite the presence of remixes from John Heckle and Juju & Jordash. Heckle’s remix in particular is almost overloaded with the kind of fidgety machine funk and uncomfortable textures that you’ve come to expect from his label boss Jamal Moss. The record is further enhanced by the original’s playability at the wrong tempo as well being one of the first few releases of 2012 to embrace the art of the amusing runout inscription.

If you consistently check this site you might have noticed our gradual embracement of the swampier end of the electronic music spectrum. The beginnings of this descent can probably be traced back to the exposure to Demdike Stare’s Tryptych of albums though it really took control when label mate Andy Stott delivered his 2011 masterpiece Passing Me By. Such is our love for the sound that “Well Stott” or “Stottified” have been adopted as acceptable terms of description, and it’s totally applicable to the latest release from Chasing Voices. Little is known about Chasing Voices or the Preserved Instincts label who put out their one sided single track twelve inches, but who really cares when he/her/they put so much effort into releasing astoundingly good music? The latest missive from this New York enclave, “Valley Of The Dry Bones” is markedly slower than previous Chasing Voices emissions, veering into creepingly slow, throbbing house music that sounds like it’s been opiated to within an inch of it’s life. It’s appropriate to end this month’s sermon here, as what could you possibly follow Chasing Voices with?