Blakula return with Back From Mystery City 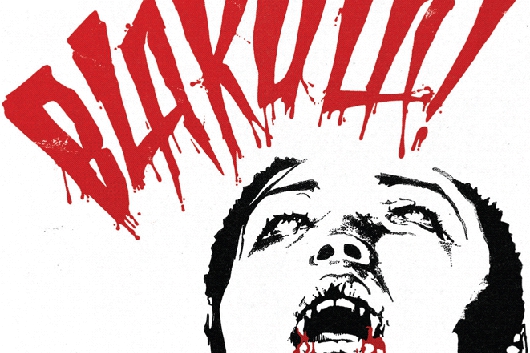 Italian duo Blakula will once again summon up the spirit of the Hawaiian Vampire that shares their name for a new album set for release on Steve Kotey’s Bear Funk label next month.

Formed out of the creative ashes of their work under The Diaphonoids name, Simon Maccari and Andrea Bellentani impressed the Juno Plus office with Permanent Midnight, their debut album as Blakula in 2010 which supposedly soundtracked the seduction of the Haiwaiian Vampire Blakula by the art scene of 1970s New York. In truth, the ten track album allowed Maccari and Bellentani the opportunity to indulge their love of various strands of music including funk, psychedelia, avant-garde no-wave and Giallo horror soundtracks on a large scale, utilising numerous musicians, orchestral ensembles and choirs.

This epic approach is certainly evident on Back From Mystery City which features contributions from the Prague Symphony Orchestra along with a string and brass ensemble and 18 further musicians. Musically, there’s a darker tone throughout and there is also a wider scope that justifies the usage of so many musicians, with freeform jazz and delicate orchestral pieces amidst the usual voodoo funk, which is demonstrated fully on the closing track “Far From The City Lights” which features the vocals of self styled Nigerian anti-Diva Francesca Blakk.

Bear Funk will release Back From Mystery City by Blakula on March 19. 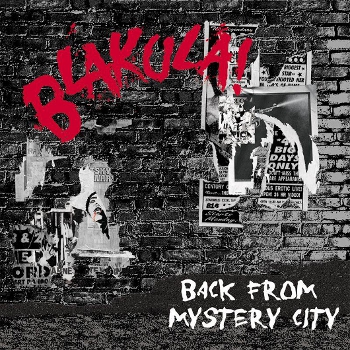 1. Back from Mystery City
2. Hurt Me
3. A Darker Shade of Noir
4. Nights Are So Long
5. Beautiful Addiction
6. Every Wild Desire
7. The Weight of Darkness
8. Early Dawn Bites and Electric Spirits
9. Deadlier Than Love
10. Far from the City Lights