Bubble Club preps In Consequence Of A Wish for International Feel 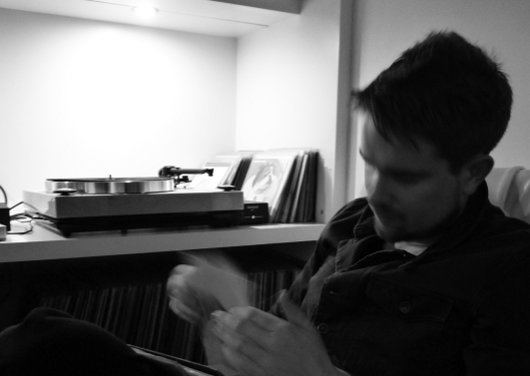 Bubble Club – aka former music industry executive Dan Keeling – will return with his second EP for the International Feel imprint next month.

In Consequence Of A Wish will follow last year’s The Goddess EP, which was accompanied by a typically sprawling remix from Matt Edwards and Joel Martin’s Quiet Village project. Keeling rose to prominence following three excellent self-released 12″s of dubby disco that included remixes from Dr Dunks, Soft Rocks and Brennan Green, although before that he worked alongside esteemed techno producer Kirk Degiorgio under the Beetlejuice and Critical Phase pseudonyms. Those early solo EPs prompted us to tap up Keeling for a Bubble Club Juno Plus podcast, which you can still stream in its entirety here.

An International Feel press release reveals Keeling was working on the material for In Consequence Of A Wish in his Hackney abode amidst of the tumult of last year’s London riots, although how much of an impact – if any – this social unrest had on the music remains to be seen. The release suggests the title track showcases Keeling’s “uncanny ability to mesh together intricate production, euphoric melody and block rocking beats”; this is accompanied by a longer, ambient take entitled “Ex-Voto” and finally “Seven Hills”,  intriguingly described as carrying a “Juan Atkins electro spy theme feel”.

No word on a release date just yet, but keep an eye on Juno Plus for more details as they emerge.

uncanny ability to mesh together intricate production, euphoric melody and block rocking beats (and this time with the new, but very welcome addition of some stadium infused Slide Guitar).