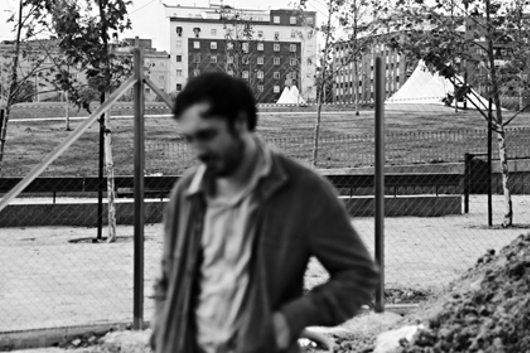 It should be obvious by now how much the Juno Plus office loves ƒin, the recently released debut album from John Talabot, but for those who are yet to be convinced we present one of the highlights from it in the shape of “Destiny”.

The track is one of two collaborations on ƒin between Talabot and his Hivern cohort, the silky voiced Pional. Intriguingly, Talabot reveals that the track was half produced in his Barcelona studio and half produced in Pional’s Madrid base, making it a real el clásico of a track.