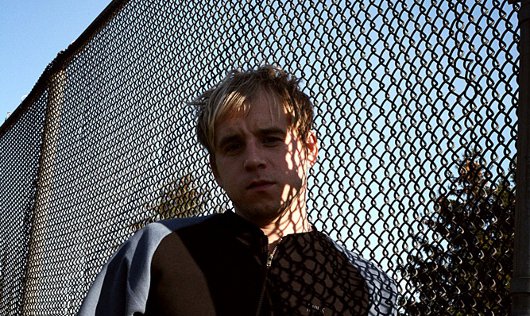 Delving into the sounds and emotions that have filtered out of Detroit in the years following the birth of techno via the handiwork of the Belleville Three will always remain fascinating, especially for those on the outside looking in. In the current climate, where the internet offers you a gateway to other ideas and sounds instantaneously, it’s provided fascinating to see how rising musicians based in Detroit and the surrounding areas choose to reference both the colossal shadows of Atkins, Parrish et al and other strands of music. One such producer whose talent and wide reaching influences have caught our eyes is Coyote Clean Up.

Surfacing on the radar via a beautifully poised dub take on “Hey Sparrow” by Peaking Lights sometime over the summer months, it soon became clear Coyote Clean Up (or Ice Cold Chrissy) worked at a prolific rate. A brief glance at his Soundcloud page reveals all manner of smudged out original tracks, edits and remixes that present an intriguing insight into innumerable influences. Eager to welcome Coyote Clean Up into the Ones To Watch fold, it became apparent upon reading his verbose and interesting responses to our questioning that relegating his thoughts to a mere questions and answers session would be a waste.

Foremost in this writer’s thoughts was how the legacy of Detroit is passed down through various generations – everyone should be familiar with Kyle Hall’s schooling in the hands of messrs Huckaby and Wilhite – but Chrissy’s introduction seems equally illuminating if pleasantly different. He vividly recalls being made aware of Ritchie Hawtin by his mother, who told a story of school kids being pulled over by police on the Interstate as their Plastikman CD was mistaken for a sheet of acid, before revealing his high school years were spent in the company of a certain Detroit talent: “Jimmy Edgar and I went to the same high school, he was in my art classes, and we obviously became good friends.” Around this time in the late 90s his friends were making tracks with 808s and other gear before graduating to parties: “Jimmy and Nels were throwing and playing epic raves with Juan Atkins, Mike Huckaby, DJ Assault, and who knows who else. In retrospect, it was pretty crazy. My memory is a little hazy. At the time, it was real weird. The rave scene had gotten very sketchy at that point. It freaked me out to be honest – almost every party was illegal. drugs, violence, mugging, car jackings, crooked cops. But yeah, I learned a lot in those days – from what I can remember (laughs).”

The concept that massively important artists and music falls under the radar locally whilst being revered on a more international scale has always been a fascinating one: Hearing a Chicago based music writer profess over Twitter they have never heard of the Mathematics label after seeing an interview with Jamal Moss on a London based website just demonstrates how true this is. Putting this point to Chrissy, the producer delivers an illuminating response; first joking there isn’t a “Detroit Weekly Techno Times” newspaper, befor stating he prefers to think positively: “I try not to think about it that much or it can get depressing. I just keep it on the positive tip. It’s kind of like the scene here is our own secret club. Word of mouth, low-key parties, basements, bedrooms. Then on the flip side, there is plenty of worldwide media that focuses on Detroit, and that’s cool by me. The world is our audience, the city is our home -can’t complain about that.”

Switching the focus to his own productions, Chrissy reveals his passion for music began at an early age, growing up in Cleveland and being introduced to all manner of sounds by his mother and that portal of late 80s early/90s’ musical discovery: MTV. “I bought my first record when I was 5 with my mom. It was Whitney Houston’s “I Wanna Dance With Somebody.” My mom would play me cool music like the Velvet Underground; I was addicted to MTV and listening to the radio.” It was when his family moved to Detroit that his ears were truly opened to the endless possibilities of music, with the local radio stations blowing his mind thanks to a “crazy mix of alternative, industrial, indie, soul, funk, jazz, hip-hop and R&B.” Inspired by the sounds he daydreamed about a musical career in a band, whilst a growing awareness of UK sounds began to form as alternative radio shows began to pick up on key acts. Expanding further, Chrissy explains: “Soon it came to my attention that I could grab and instrument and sing and play in a band. I stole my brother’s bass guitar, started a band, started making home recordings, kept buying records and I’ve never stopped.”

The suspicion he is a music fiend is confirmed when quizzed on specific influences, citing how the internet allows you to indulge in all kinds of weird experimental underground music, before returning to memories of 90’s radio stations in Detroit: “You would have one radio station playing My Bloody Valentine and UK dance stuff, one station playing classics, and the other station deep in a mix of hip-hop and R&B, and then they’d drop something crazy like Cybotron “Clear”. That really hit me hard. It’s that contrasting mix that keeps my head in check.”

Obviously, the shadow of Detroit’s many legends hangs impressively too, with Chrissy recalling a picnic BBQ party back in 2007 on Belle Isle with “KDJ, Aaron-Carl, Rick Wilhite, Shake Shakir, and I don’t remember who else… but it blew my mind. Catching these dudes in these intimate settings is just so regal. You’ll go see someone spin, they’ll be 15 people there, but the mood is so right. I heard someone recently complaining like “oh so and so goes to Europe and plays an epic set, and then when they play here, they just fuck around,” but I think it’s cool. You get to see the real them and not some show with a crazy ticket price.” He goes on to recount some sage advice from a sadly missed Detroit icon: “Years ago I was talking to Aaron-Carl. He was all in my face with his diva voice asking me what was going on. I was like, “I don’t know AC, do I get a shitty job, or do I just stay home and keep making music?” He looked me in the eye and said, “You make music.” That was it for me.”

It seems a pertinent time to move the discussion from influences to execution, with the Coyote Clean Up recording process constantly in flux, described quite aptly as “real loose, but constantly and enjoyably snowballing”. When quizzed on his studio setup, Chrissy reveals he used to be “a real analogue lo-fi producer for a long time. Guitars, synths, broken keyboards, drums and other weird things.” An obsessive approach to recording would see him “struggle with some odd technique and then the tape cassette would break.” Having gone digital, the approach is still typically off centre; “Now I’m obviously recording digitally, sampling my own instruments, creating my own digital samples, sampling friends, and getting real weird.”

As mentioned above, Coyote Clean Up arrived on our radar with a remix of Peaking Lights, and it’s no surprise that the Not Not Fun/100% Silk approach is something that Chrissy identifies with: “I read something about 100% Silk that said they “harked back to a time in club music when energy and attitude were more important than polished productions,” and I’m definitely down with that.” Coyote Clean Up was even invited to play at the Detroit leg of the recent 100% Silk tour, further cementing the feeling of kindred spirits: “(The 100% Silk party) was awesome. I felt like I fitted right in with that posse. They are rad.” He goes on to make parallels between the warm, saturated sound of 100% Silk and the lo-fi aesthetic that permeates Detroit’s techno cognoscenti. “That’s what the Detroit vibe for me is all about. I feel at home when I hear a Detroit dude’s real weird lo-fi sounding track.”

With regards to what to call Coyote Clean Up’s music, he describes it thus: “Detroit headphone house smushed with some shoegazey stuff like My Bloody Valentine – or something. I’ve always really dug the idea of dub; dub from the traditional Jamaican perspective and dub in the dance music realm, like MK’s dubs.” It’s a sound that he’s been indulging in for nearly a decade, declaring he’s happy “searching through sound. It’s been over ten years now where I’ve been making music that has had the same “warm” and “smudgy” vibe.” Coyote Clean Up’s music is all about “accidentally creating that vibe as if you were listening to an old tape cassette or catching the last few minutes of an amazing mystery track on the radio, or trying to re-imagine an amazing set you just saw live in your head.”

Alongside the near endless stream of music that appears on his Soundcloud page, plans are afoot for some officially released Coyote Clean Up music: “As of right now, I’m finishing up a split 7″ and a 12″ which I am very excited about. There are a handful of other releases lined up which I’m really stoked on as well. I’m going to start my own label and start pressing some stuff up myself. There is a lot on the horizon so keep your eyes peeled.”