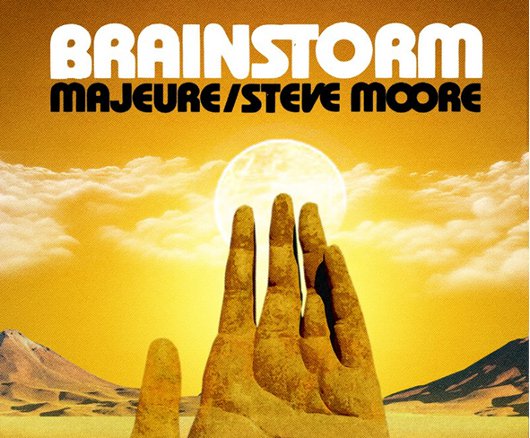 Steve Moore and Majeure have teamed up for a split LP entitled Brainstorm, due out soon on Temporary Residence.

The producers – who were founding members of prog rock outfit Zombi – have each taken a side of wax to showcase their wares. House music aficionados will already be well aware of Moore’s solo exploits – the US producer has released EPs with Kompakt, Permanent Vacation, Mexican Summer and Long Island Electrical Systems. Majeure (real name A.E. Paterra) meanwhile explores proggy, experimental terrain in his individual endeavours, which explains why his side of the LP has just one track; “Atlantis Purge”. Moore’s side meanwhile has four cuts, all of which, according to the press release, “infuse heavy doses of John Carpenter-inspired ghostly synth fog into early 80s sci-fi film scores”.

No word on an exact release date yet, but keep an eye on Juno Plus for more details as they emerge. In the meantime you can listen to one of Steve Moore’s tracks – “Enhanced Humanoid” – via the Soundcloud player below.