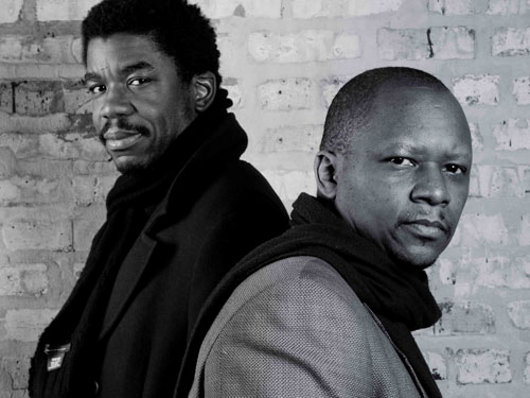 Rush Hour’s exhaustive work with Virgo Four is set to continue, with Hieroglyphic Being, Capracara and Scott Frasier called on to remix the revered Chicago-based duo.

Such has been the Dutch label’s success in bringing Merwyn Sanders and Eric Lewis’ project into the spotlight, it’s easy to forget their work was once considered overlooked and underrated. A remix project was launched earlier this year with an EP featuring tweaks from Hunee and Caribou, which followed two lovingly curated releases containing original material (Virgo and Resurrection).

For the second round of remixes, Mathematics label chief and fellow Windy City native Jamal Moss (aka Hieroglyphic Being) has turned in a typically dusty and rough-around-the-edges remix of “Boing”, while Capracara and Scott Frasier have teamed up to rework “Lites Go Out”.