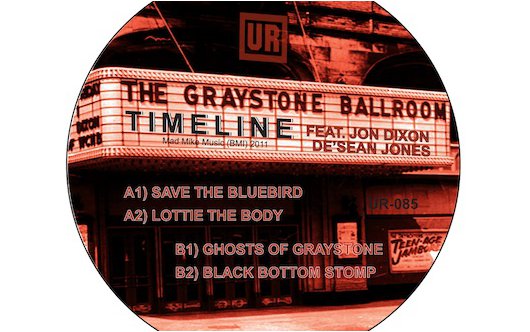 Underground Resistance live outfit Timeline will return to the production fold with a four track EP, due out later this month.

The band, which is named after the Galaxy 2 Galaxy classic and has included the likes of Dan Caballero, Darren McKinney, Gerald Mitchell, Raphael Merriweathers Jr and UR don Mike Banks in its number down the years, now boasts two new members: Jon Dixon and De’Sean Jones.

A quick perusal of the sound clips for the release (available below) suggests the new incarnation of Timeline – which has just one previous EP under its belt, 2004’s Return Of The Dragons – will carry UR’s proud tradition of live machine funk with aplomb. It also marks the first new material on Underground Resistance since Bileebob’s Call Me 12″, which included the criminally underrated booty-shaking anthem “Get A Phone”.

It’s already been an impressive year for the legendary Detroit label, which reissued some of its most revered records in 2011, including the seminal Hi Tech Jazz (news of which we broke back in June).

Underground Resistance will release the Graystone Ballroom EP on November 28.

A1. Save The Bluebird
A2. Lottie The Body
B1. Ghosts Of Greystone
B2. Black Bottom Stomp