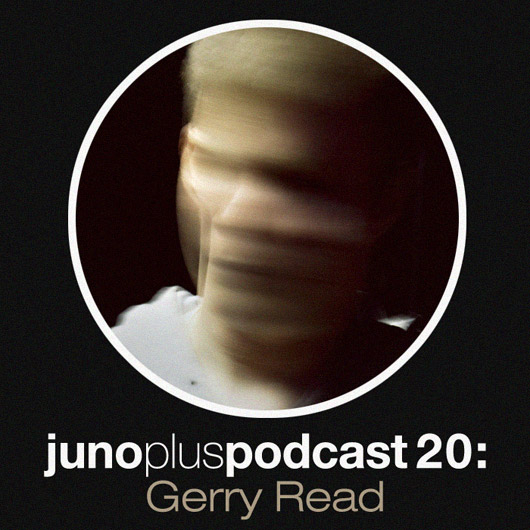 As our podcast series grows and veers towards its 20th edition, we elected to call upon a producer whose few releases to date have shown promise beyond his years and hint at much more to come. Step forward Gerry Read.

Based in Suffolk, the young producer has caused ripples of excitement that reach far beyond the confines of Juno Plus headquarters, with a particular fondness for densely packed, raw sounding, monolithic techno music, whilst retaining an impressive air of anonymity. Since debuting last year on the Dark Ark imprint, Read has demonstrated a progression and focus in sound across releases on both 2nd Drop and 4th Wave.

A soon to be released twelve inch for the latter Ramp-affiliated label entitled We Are has been on constant rotation in the office for some weeks now and was sufficient reason to make contact to include Read in our podcast series. That he should return later that day with what is an excellent mix is true testament to both his prolific nature and unfussy attitude. The latter is explained further when he is quizzed about his studio set up.

“I use Fruity Loops, a Korg MIDI controller and a Dell inspiron (which has just died). All my tunes are 8 bar loops, only using about 10 channels, hit record and then freestyle the arrangement live using that MIDI controller. That’s how I prefer making tunes, it only takes about two hours and is a lot more enjoyable than spending days/weeks/months tweaking tiny little bits. I haven’t got the attention span to spend too long on a tune.”

We Are marks the midway point in a trilogy of 12″ releases for 4th Wave, and Read has also promised further material will surface on the label, explaining that “there’s a full length album coming which will be limited CD and vinyl. There’s also going to be an edit 12” with an alternate version of “Untitled” by myself, backed with a Kevin McPhee remix of “Legs”.”

If you were to believe press release gospel, Gerry Read is figuratively sitting on a wealth of material and uses just a smidgen of it in a mix that arrived without any semblance of a tracklist but rattles with an aplomb worthy of Levon Vincent through nearly an hour’s worth of material, which does include an alternate version of “Untitled” as well as ending on one of Read’s own productions.

Juno Plus Podcast 20 – Gerry Read by Juno Plus on Mixcloud