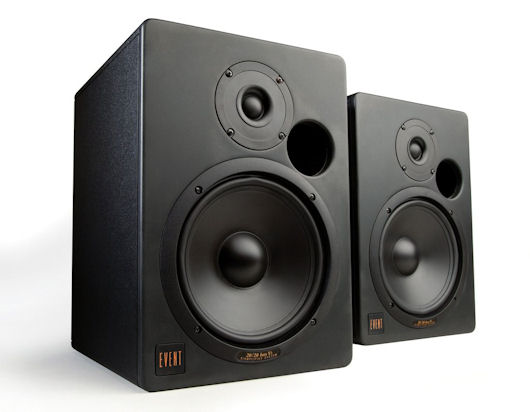 Australian manufacturers Event have given the classic 20/20 monitor a new lick of paint, with the refurbished 20/20BAS active monitor unveiled this week.

The original 20/20, launched in 1995, was passive and featured a magnetically shielded 25mm natural silk dome with an 8” mineral-impregnated polypropylene cone – at the time a largely unheard of manufacturing practice.

The cabinet was made of MDF with a front-mounted large diameter bass port which assisted in providing the 20/20’s renowned low end response.  A couple of years later the active incarnation was released which were used by Francis Buckley to mix Quincy Jones’ Q’ s Jook Joint album, for which he won the 1996 Grammy  for Best Engineered Album.

Fifteen years later, the original has been given a decent overhaul, with improved high and low frequency amplifiers and further development of the cabinet for increased dynamics.

They will be priced at £379 per speaker – keep an eye on Juno’s product page for more information as it arrives. Check out the video below for a further insight.