The Analogue Cops get Cursory with Blawan 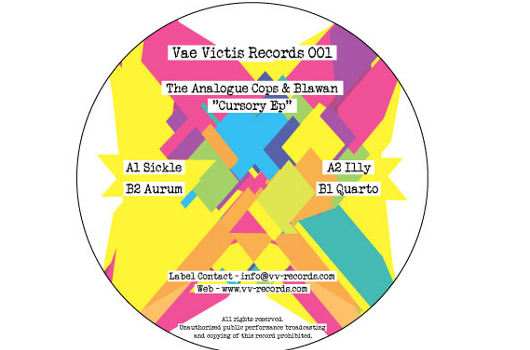 The Anglo Italian relationship established between Blawan and The Analogue Cops will be explored further as the trio collaborate on Cursory, a four track EP, the first release on new label Vae Victis Records no less.

The trio first collaborated together on The Big Family EP, the recent release on the Restoration imprint run by The Analogue Cops themselves, which also featured the talents of Berlin residing US DJ Ryan Elliott. One of the more popular twelve inches in recent times, Blawan and the Italian duo have clearly been emboldened by that success and the decision to work together more in the studio has payed off on their new material.

The EP has already creeped into the setlists of such luminaries as Pearson Sound, Untold and Cosmin TRG and features a quartet of analogue house arrangements crunched down on tape, with B Side track “Illy” sounding particularly smudged and potent. You can stream that track on the below soundcloud player.

Expect the Cursory EP from The Analogue Cops and Blawan to drop on 12″ replete with the above rather striking artwork at the end of November.