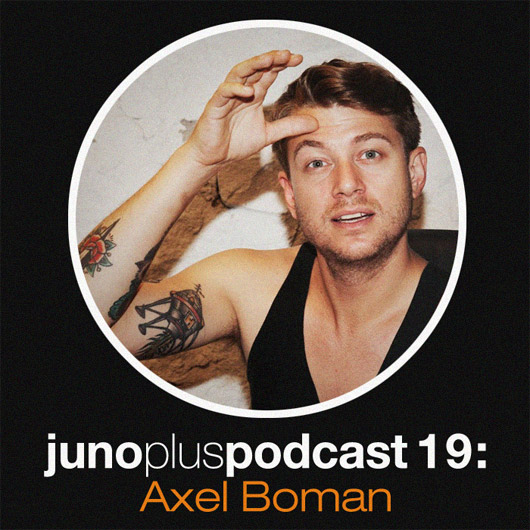 On Monday we posted an interview with the artist, DJ, producer and co-owner of Studio Barhnus, a label aptly described by Philip Sherburne as “impish”. It’s a thoroughly captivating read and we recommend you check it out – but for those of you lacking the requisite attention spans we’ve picked out some of Boman’s best quotes:

– “I would love it if eight years from now, Studio Barnhus still exists and we only release dancehall and weird 7”s.”

– “I made a huge purple fountain. I had 120 UV lights in the room – it was like going into a solarium. It was called “Purple Drank”.”

– “Kornél (Kovács) is the Pep Guardiola of Studio Barnhus. The manager of Barcelona, best football team in the world. Petter is Mexico – a strange little country with lots of sex and drugs. I am the slut of Barnhus.”

– (On his cousin Johan Jonasson, who provided the vocals on “Holy Love”): “He is a very beautiful, eccentric person who really needs to be on a stage. I think he feeds on it, he doesn’t need any other nutrition. I mean, he eats food now, but as soon as he gets a little light on him.. ooh, he becomes this monster who I would love to unleash on the world. I see him growing far beyond me some day, but it’s nice to be a part of the beginning of that, that… enigma.”

– “I never would have thought, a few years ago back at art school, that I would work with the darkest forces in the world. One being nuclear power, and the second, being mentioned on Fox News.”

Unsurprisingly, his addition into the Juno Plus mix canon is just as wonderfully deep, lush, curious and, well, odd as you’d expect.

Juno Plus Podcast 19 – Axel Boman by Juno Plus on Mixcloud