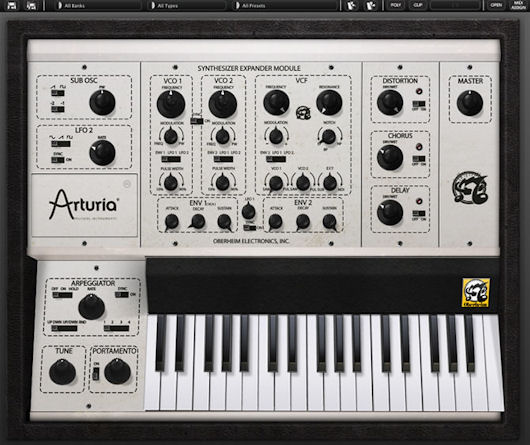 French manufacturers Arturia will return with the SEM V, a plug-in reconstruction of the notorious Oberheim synthesizer add on module.

If you can’t afford an original, or indeed the hugely similar Analogue Solutions Telemark (featured in our 10 Best Analogue Synths feature) then this looks set to be well worth a look.  The SEM V reproduces the tone, wave shapes, multimode 12dB/octave filter and many of the original’s characteristics and also features polyphony, MIDI control, arpeggiation and some innovative functions, such as an 8-voice programmer.

On top of this, Arturia have added  a new LFO, Noise, Sub oscillator, on board effects and Portamento. It works in Standalone, VST, RTAS and AU formats on PC and MAC.

Keep an eye on Juno for price and release date.