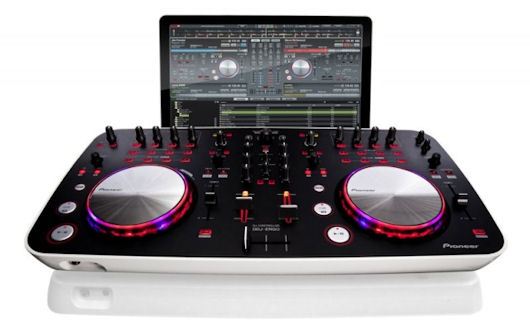 Pioneer today announced the DDJ-ERGO-V, a USB-powered controller featuring a built-in soundcard which will carry the retail price of £429 including VAT.

As well as being optimised, it comes bundled with Atomix Productions’ Virtual DJ Limited Edition software and is ready to use straight out of the box. The first thing you’ll notice is the eye-catching curved product design, plus the unique Pulse Control which provides a visual representation of the software’s key features – these include four-deck mixing, filters, sample decks and loop recording. It has the same layout and circuitry of the esteemed DDJ-T1 and DDJ-S1 controllers and will work with all other DJ software via MIDI.

Pioneer today also announced that the S-DJ05 speakers – previously only available in gun metal grey – will now be sold in a white and silver version known as the S-DJ05-W. These will be priced at £499 including VAT.

No word on exact release dates yet but keep an eye on Juno for more information as it arrives.