Battant return with As I Ride With No Horse 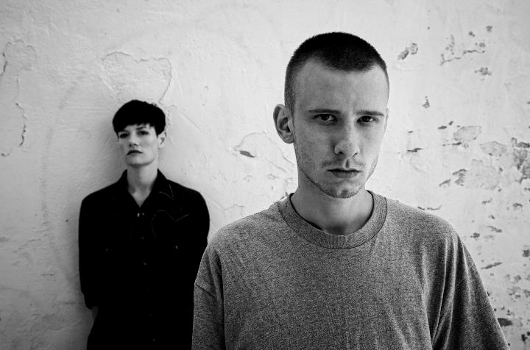 Angular London based types Battant return with their second album next month, entitled As I Ride With My Horse, which once again sees It’s A Fine Line aka Ivan Smagghe and Tim Paris on production duties.

After emerging back in 2005 with the Jump Up EP the somewhat enigmatic band, fronted by the perennially scowling Chloé Raunet, were taken under the wing of Smagghe’s Kill The DJ label and released their debut long player No Head in 2009. A noticeable lack of musical emissions in the subsequent period can be explained by the Kill The DJ press release that states Battant have been hard chasing the “strange waves of their second album”.

The news that It’s A Fine Line return on production duties serves as a welcome reminder for Smagghe’s prowess behind the mixing board after a period where the focus has been on the Frenchman’s (enviable) record collection, most notably on the excellent series of A Few Things With Ivan Smagghe edit CDs.

Those seeking a taste of what those strange waves might taste like should check the limited ten inch Shutter EP, which features two tracks ftom As I Ride With My Horse as well as a cover version of the Westbam & Nena classic “Old School, Baby”. Furthermore the label have selected the likes of Capracara, Jennifer Cardini and Death In Vegas member Tim Holmes to remix tracks from Battant’s debut album for a digital release sometime ahead of the second album’s arrival.

Kill The DJ will release As I Ride With My Horse by Battant on October 3.