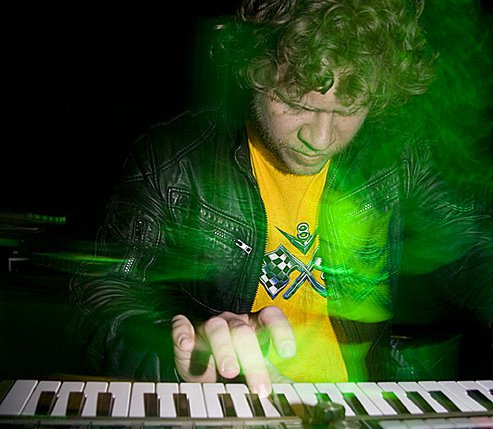 It’s been a long time coming but Ali Renault will finally grace the world with his debut album, which is set for release via the Cyber Dance imprint later this year.

Since emerging back in 2003 via the Human Shield imprint he oversees, Renault has become something of a cult figure amongst the UK underground electro scene, with a number of key releases on the now defunct Dissident imprint. A stint in the spotlight as half of bicep rippling Italo revivalists Heartbreak saw them drop a prescient album for Lex as well as tour with the likes of Cut Copy as well as remix Simian Mobile Disco alongside a slew of perma hyped bands.

Those with their finger on the darker end of the electro pulse will no doubt also be familiar with Renault’s Drexciyan endeavours as Cestrian, which most recently saw light on a highly limited bespoke release for Future Flash replete with an excellent remix from rising talent Perseus Traxx.

Thus news of a eponymously titled long player from Renault is reason to get excited, especially when it not only references the four corners of the electro galaxy in Detroit, Rimini, Den Haag and London, but also crams in a guest vocal appearance from the cultish Fred Ventura. His distinctive contribution to “Fade Away” is one of only two vocal tracks amidst the eight track set, with Hotel Motel’s Marika Gauci lending her vocals to album opener “Snowdrift”. The album is slated for release in October.