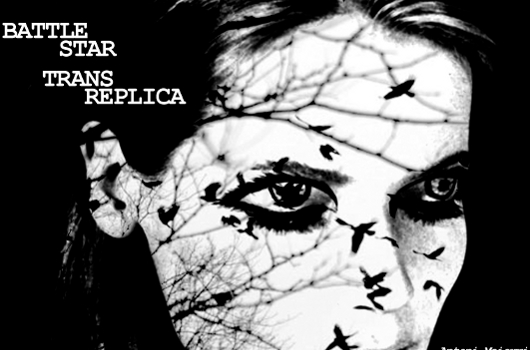 The award for the most inventive press release of 2011 goes to Seed Records, who just dropped news of a bespoke double CD release from Berlin dwelling synth demon Antoni Maiovvi, which is due out next month.

Maiovvi has remained a most enigmatic and interesting figure within electronic music, gracing imprints as varied as Cyberdance, Seed, Caravan and the seemingly dormant Kompakt offshoot Fright with his potent cocktail of synthsexual mania that references all the greats in Moroder, Faltemeyer, Carpenter and Goblin.

Stretching the imagination in a fashion similar to the Dramatic Recordings Endless House Foundation compilation released earlier this year, Seed have allegedly rescued the two soundtracks Maiovvi composed for seemingly forgotten Italian television series Battlestar Transprelica and Trial by Bullet from the realm of obscurity. We shall leave it to the finely crafted paragraphs of the Seed press release machine to do the talking:

“The last fated project of the now legendary IIF (Italiano Independente Films) was the remake of the famous 70s TV show with the similar name.  Although more of a homage to the original – ‘Battlestar Transreplica’ – as it became known through internet sci-fi communities, added much needed flair, nudity and lashings of steamy violence to the mix.  Centred around Nexus 6-esque clones, this time designed purely for sexual recreation, an intergalactic cult whose favourite sport was hunting humans and the hosting of the Space Olympics, the camp robots and special effects that would make the producers of Blake’s 7 blush, coupled with often nonsensical plot twists did little to stop the success of the series.  But, what really stood out was the queen of the sex clones played to perfection by Italian scream queen, Ania Pieroni, taking time off from her successful TV station GBR.  This cursed masterwork was broadcast in its entirety, yet the first three episodes fell to the most unlikely and bizarre circumstances involving lightening cutting out most of the transmission, an exploding express pot and an escaped murder of crows being kept for Dario Argento’s seminal film ‘Opera,’ invading the control booth.  Eventually audiences would simply tune out and the final three episodes received the lowest viewing figures in Italian TV history.  Nevertheless, with the birth of DVD ‘Battlestar Transreplica’ was set to find a new audience and be seen by many for the first time.  Unfortunately, due to a legal wrangle between the show’s stars and the company’s imprisoned CEOs, the DVDs could not legally be sold until an agreement had been met, but before the discussions could reach some kind of conclusion both producers were killed during a prison break gone awry.  Antoni Maiovvi’s soundtrack is once again the last piece available in its entirety remastered from the original tape source for your listening pleasure.” 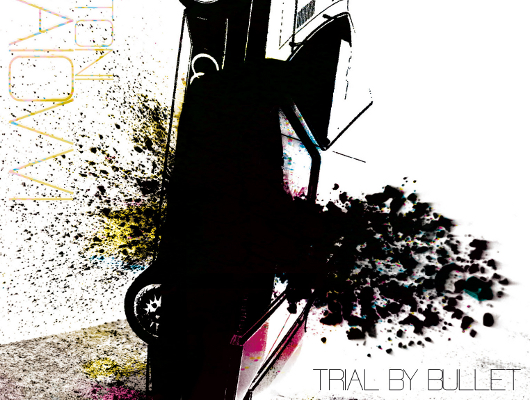 “Trial By Bullet is the OST to the short lived Italian TV crime thriller of the same name.  Conceived as a spin off from the unmade ‘Shadow of the Bloodstained Kiss’ film, it in fact used many of the same sets and costumes in a desperate attempt from the producers to claw back some of the money spent when “Shadow’s” production was cancelled.  The show itself was about a homicide detective working as part of the galactic police at an unnamed point in the not too distant future.  In a radical departure to the times the officer in question was chasing a serial killer who preyed  on the swinger, strip and gay clubs of a far off planet mysteriously aping the Jeffery Dahmer crimes at the same time.  (The producers were notoriously cagey about answering questions about the similarities.)  Even stranger, however, was the role of the detective in question played by Euro-crime legend Maurizio Merli who sadly passed away soon after the first broadcast.  Pulled half way through the first episode, due to a controversial scene involving a bisexual orgy breaking out in a government building, Pope John Paul II ordered the remaining footage to be destroyed, a demand that was quickly voiced again by Italy’s prime minister of the time, Bettino Craxi.  In the early 90’s the 10 minutes of the original broadcast were swapped between video traders, but due to the nature of the copying process, quality was always varied.  All that remains is composer Antoni Maiovvi’s score, remixed and remastered from the original sequencer files.”

We shall leave it to your own discretion with regards to the validity of the above – we’d rather focus on what sounds like a gorgeous release from the London label. It’s highly limited, with only two hundred physical hand numbered copies pressed up, and housed in a high quality card gatefold sleeve conceived and executed by designer Lille Lisa. Furthermore, a special edition will be available direct from Seed at a slightly higher price which includes a Anton Maiovvi/Maurizio Merli t-shirt especially designed by African Apparel.

The label currently running a competition to win a copy of the deluxe edition which simply requires you to email them a photograph depicting your own (false) fatality. Should you feel up to this grim task we suggest you contact them at info@seedrecords.co.uk

Seed will release Battlestar Transprelica and Trial by Bullet by Anton Maiovvi across Double CD and digital formats on September 5.

1. Martian Time Slip
2. Olympic Torch
3. Girl You’ll Be A Robot Soon
4. I Offer Unto Thee Something Beautiful, Something Burnt