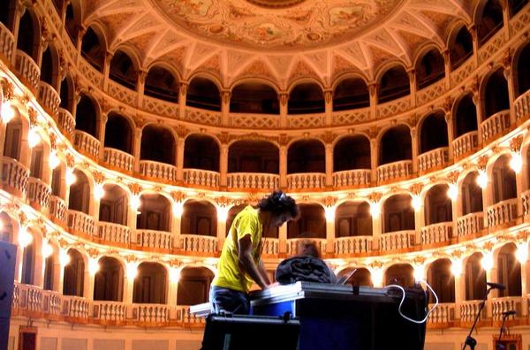 The perennially busy Four Tet will release two new tracks, namely “Pyramid” and “Locked”, via his own Text imprint next month.

Both tracks feature on the UK producer’s forthcoming Fabriclive mix which has eased its way into our collective affections over the past few weeks. Ably demonstrating two variants of Hebden’s sonic palette, “Pyramid” sits comfortably amidst the selection of vintage and rare 2-step tones that permeate the mix, and the dizzying vocal hooks mark the production out as a certified highlight of the 29 track set.

In comparison “Locked” reigns down the BPMs for a suitably epic midtempo finale that fully displays Hebden’s capacity for melodic instrumentation. You can listen to “Locked” via the below Soundcloud player but you will have to wait to bask in the brilliance of the accompanying track.

Text will release Pyramid/Locked by Four Tet on vinyl format on September 12 whilst the Four Tet Fabriclive mix will be released a week later on September 19. Those of you near Victoria Park this Saturday can catch Hebden doing a rare back to back set with Border Community’s James Holden at Field Day.