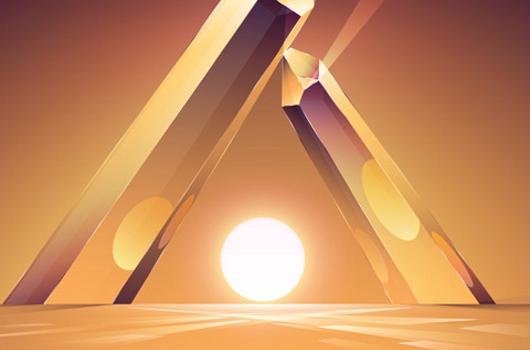 Full details have emerged of Glass Swords, the long awaited debut album from Glaswegian producer Rustie, which is due to drop in October through Warp Records.

Having emerged as a mere whippersnapper back in 2008 with the self styled “Aquacrunk” slant on electronic music via the still illuminating Jagz The Smack, Rustie’s musical graduation has been slow but sure. The album is some two years in the making and follows the Sunburst EP on the same label, which was a neon journey of almost hyperreal R&B influenced bass music, sharing many musical qualitites with his compatriot and fellow Wireblock (RIP) and Warp associate Hudson Mohawke.

Given the hyperactive nature of Sunburst, quite what the album will sound like is anyone’s guess, but Warp have released a video of the album’s title track,  which can be viewed on the below YouTube video. Its guitar solo and shining melody suggests a similarly colourful experience – something that the sumptuous album artwork that adorns the top of the page would also suggest.