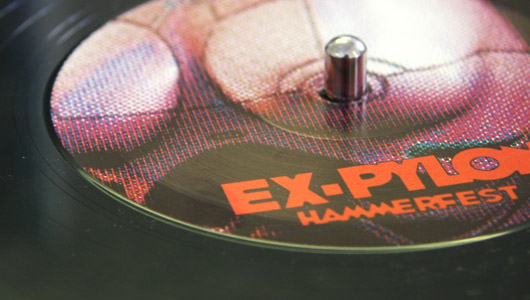 As we tick over the halfway point of 2011, it’s probably a good time to sit back and briefly reflect on the music that has soundtracked the year so far.

No one seems quite sure whether we’re in the midst of a golden age of creativity, or if everyone is actually out of ideas and pop culture is destined to feast onto itself until a crushingly inevitable, possibly world ending implosion takes place in the not too distant future. But if one considers the music released thus far in 2011 on a visceral level, which we find is always a good idea once our brains start hurting, it’s apparent there have been excellent releases emanating from all corners of the globe. The past seven days alone saw some noteworthy new material, none less than the stunning Zomby LP on 4AD. Dedication is a long way removed from Where Were U In ‘92?, but the influence of jungle and hardcore remains, albeit in a more spectral form, where skeletal beats play off against organic tones, with characteristic purple arpeggios drenched in reverb.

We were also pleased to see the arrival of Blondes’ second concept twelve for the imperious RVNG Intl – a label that has been doing great things this year – which further revealed the NYC duo’s obvious talent for crafting supreme electronic body music that worms its way into your cerebral cortex and hips. Staying in the Big Apple, Eric Duncan delivered the fourth Keep It Cheap release, once again aptly demonstrating both his envious record collection and superior talent for twisting tracks for optimum dancefloor dynamism.

Elsewhere, arch mystic sonic brewers Hype Williams joined the Hyperdub stable, while XXXY marked a change in direction away from emotion soaked bass deviations towards something much more pressurised and thrilling on You Gotta Do You, the fourth release from fledgling label Orca. It’s been at least a hot minute since the last heavyweight release from Swamp 81 dropped (and they don’t get much heavier than a double pack of body music from Boddika). The wait has totally been worth it as Funkbias saw UKG legend Zed Bias team up with Rinse FM’s excellently named Funk Butcher for two drops of typically forward thinking music. Although each Swamp 81 release is usually a safe bet to snap up the coveted Juno Plus ‘artwork of the week’ gong, this week they were pipped by the excellent Swedish imprint Studio Barnhus, with some robotic nipple tweakage from the mysterious Ex Pylon (see above).

For the latest Deeply Rooted release, label boss DJ Deep permitted a rare journey into his sonic archives. The result of Deep discovering a bunch of old recordings circa 1994-97 on DAT tapes, the two variants of “Work Me Baby” were amongst the tracks that still sounded stush and contained a raw yet naïve authenticity. Having collaborated on “Father, Father”, Julio Bashmore further cemented his fruitful relationship with sometime hand towel model and owner of a delicate voice Javeon McCarthy for the latest drop from the fledgling but impressive PMR label.

In the darkened corner of the Juno stockroom reserved for grubby, raw techno, two more Analogue Solutions 12″s arrived (the particularly swampy ASR 008 being our favourite) while former Boney M studio bod Tobias Freund released Leaning Over Backwards for Ostgut Ton. On the dubbier side of things were the new Roman Lindau 12″ and the lauded Drawn & Quartered long player from Deadbeat.

At Juno Download, Brian Eno offered up another ambitious and roaming long player for Warp, this time in conjunction with poet Rick Holland. The initial impact is something akin to hearing Sabres of Paradise for the first time, as a live band dynamic gets contorted to an electronic sensibility. Svetlana Industries followed up the recent BNJMN EP with an excellent EP from Nightwave, with the artist formerly known as 8Bitch served up some weighty productions, with a rumbling bottom end and a healthy dose of dirt. Also, where is that vocal sample on “Feel” from? It’s been doing our heads in all week!

There was also a debut album from Juno Plus ‘ones to watch’ alumni Clap Rules, with Golden Hands offering a talkbox/vocoder-heavy fusion of Krystal Klear/Chromeo-ish 80s boogie revivalism and oddball Italian disco-pop. Meanwhile the excellent Arkist made a welcome appearance on Appleblim’s imprint with title track “Rendezvous” a heavily percussive stepper with floating vocal snippets that places it somewhere between Sepalcure and George FitzGerald, while Tevo Howard opened Pandora’s Box for Rush Hour.

On the CD front, the aforementioned Zomby album was an obvious highlight (digital version drops next week), while the new Horse Meat Disco compilation earned a place in our affections alongside MCDE’s entry into the DJ-Kicks canon.